Vietnamese art masterpieces to be sold in Christie's upcoming auction 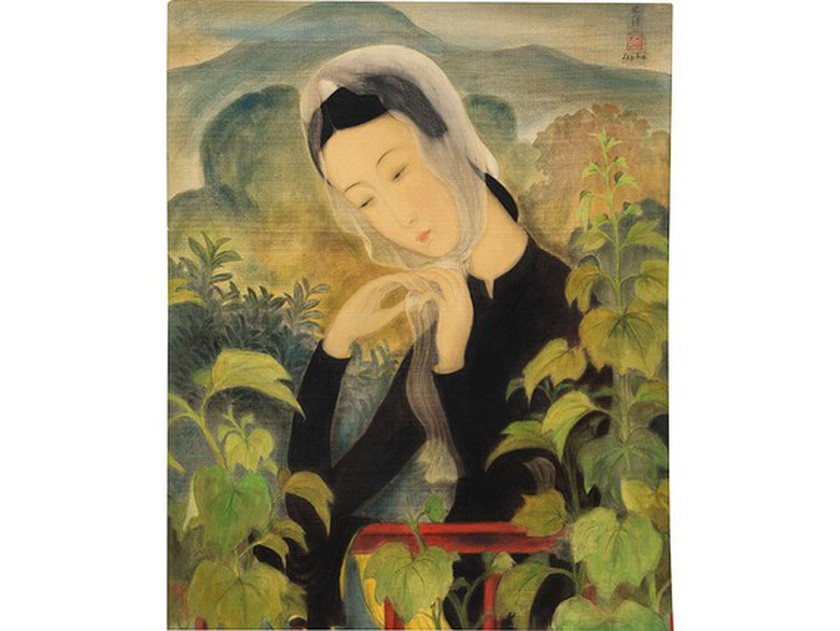 Previously, an oil painting entitled Portrait de Mademoiselle Phuong (Portrait of Mademoiselle Phuong) by painter Mai Trung Thu achieved a record price of US$3.1 million for a Vietnamese artwork at the Modern Art Evening and Day Sales of Sotheby's Hong Kong on April 18.

On March 16, the painting “Autoportrait dans la forêt” (A self-portrait in the forest) by Le Pho was sold at over one million dollars at an auction at Sotheby's, Paris.

Experts and collectors expect that Le Pho will get a whopping price breaking the record for prices paid for Vietnamese art.

Le Pho (1907-2001) was a French-Vietnamese painter best known for his stylized depictions of nudes, gardens, and floral still lifes. His work succeeded in merging Impressionism, Surrealism, and traditional Chinese painting into a sensual yet disconcerting vision of Eden, reminiscent of both Odilon Redon and Pierre Bonnard. He studied at the École des Beaux-Arts in Hanoi before attending the École des Beaux-Arts in Paris on a scholarship in 1932. His works have been displayed in the Musée d’Art Moderne in Paris, the Oklahoma Arts Center and others.

In 1930, after graduating from the Indochina Fine Arts College, he was appointed as painting teacher at Hue High School for the Gifted. In the 1930s, Mai Trung Thu attended exhibitions in many countries around the world such as Italy, Belgium, USA and France where he settled later in Paris since 1936.

The artist was interested in oil paintings which depicted scenes of Vietnamese rural life and chose silk as the material to execute valuable paintings. His favorite theme was women, children and daily life combining with Vietnam’s cultural identity. His artworks featured light colors displayed in many exhibitions all over the world significantly contributed to build the reputation for Vietnamese Contemporary Fine Arts.

Nguyen Phan Chanh (1892-1984) was born in Ha Tinh Province. Chanh was one of the early entrants to the newly opened French-established l’Ecole des Beaux-arts d’Indochine in 1925, 33 years of age, older than many of his classmates.The artist participated in both National resistance wars was a keen patriot. His artwork illustrated Vietnamese village life and history.

Nguyen Phan Chanh can be considered a Vietnamese chiaroscuro artist. French critics found similarities between his works and that of the French Baroque painter, George de la Tour (1593-1652). In his early works, Nguyen Phan Chanh excelled in the play of light and shadow based on the application of a range of browns to create an evocatively finished monochromatic painting.

The roundedness of the basket breaks the triangular unity of the subject while the lighter background serves to isolate the subject, lending her a sense of eternal solitude. The subtle combination of shades of black and brown hues lends the work a quietude that underlines the modesty of the subject.

He was also famous with traditional silk paintings. International exhibitions of Chanh's silk paintings include Paris 1931, Italy in 1934, America in 1937, Japan in 1940, then in Czechoslovakia, Hungary and Romania in 1982, and Poland and the former Soviet Union in 1983.

Starting in the early 20th century, silk painting is one of the fine arts which has been practiced by many local painters.