Vietnamese brewery market to be restructured 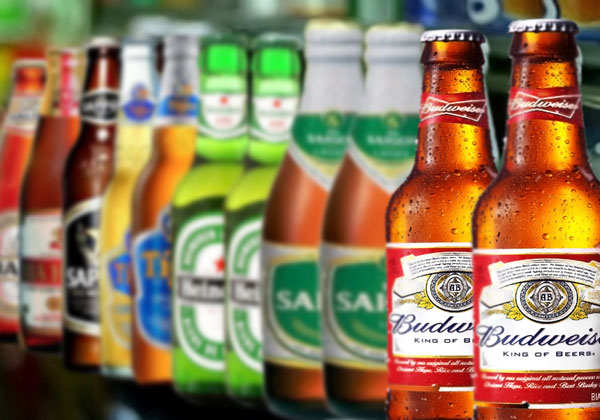 Sabeco, a 100 percent Vietnamese owned, VBL, which produces Heineken and Tiger beer, and Habeco dominate the market with 80 percent of market share. However, the appearance of Anheuser Busch Inbev Vietnam, the producer of Budweiser beer, will remap the market in the near future.

Anheuser-Busch InBev, the Belgian-based brewery group, the biggest brewery manufacturer in the world, inaugurated a 100 million liter brewery in Binh Duong province in late May.

According to Ricardo Vasques, general director of AB InBev Vietnam, Budweiser will conquer Vietnamese hearts with high quality and wonderful flavor. As the brewery is located in Binh Duong province, Vietnamese will be able to taste fresh beer and enjoy its special flavor.

An analyst noted that since it came to Vietnam, the manufacturer has been organizing events to draw the attention of Vietnamese drinkers to Budweiser brand. It sponsored a football tournament in HCM City and brought a team of footballers to the UK to attend friendship matches.

Phan Dang Tuat, chair of Sabeco, commented that the Belgium beer manufacturer made a very impressive presence in Vietnam.

When asked to comment about the competition in the market in the time to come, Tuat said “the world has changed a lot”.

“The time of big fish swallowing small fish no longer exists,” he commented. “It is now the time of fast fish killing slow fish. Big fish will also be killed if it is slow.”

An analyst said Tuat’s comment about the market situation is “reasonable”. The manufacturers’ large operation scale will not determine success.

Huda Hue, for example, sells its products in the central region only, but is successful. Similarly, Su Tu Trang beer has gained satisfactory business results through its products are available only in the southwestern region.

“Sabeco will turn it into many fast fish which can squeeze into every corner of the market to avoid the other fish which attempt to obtain our market share,” Tuat said.

There are many different market segments in the beer market, each of which is being dominated by the big players.

High-end products account for 7 percent of the market share. The market segment is controlled by Heineken, Tiger and Sapporo. Meanwhile, popular products, accounting for 60 percent of market share, are provided mostly by Habeco, Sabeco and Dai Viet.

As consumers nowadays tend to be choosier, an analyst said that developing high-end products, which now make up only 7 percent of the market share, is a reasonable decision.