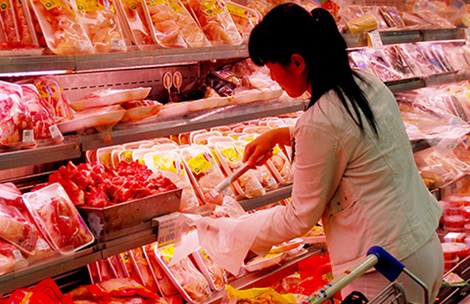 Hundreds of Vietnam’s export items have been defendants in lawsuits raised by foreign importers. Vietnamese have used trade remedies four times with three safeguard and one anti-dumping cases.

Pham Hong Hanh from the Ministry of Agriculture and Rural Development (MARD) noted that Vietnamese businesses hesitate to take legal proceedings because of the high expenses.

“The cost for filing a lawsuit alone is $200,000 for a case overseas,” Hanh said, adding that it could cost $1 million in total.

According to Nguyen Thi Thu Trang, director of the Vietnam Chamber of Commerce and Industry’s (VCCI) WTO and Integration Center, when Vietnam was the defendant in the US raised shrimp anti-dumping lawsuit, it had to pay $500,000 for hiring lawyers alone.

She noted that if Vietnamese businesses raise a lawsuit in the US, the cost would be even higher, because they would send officers to the country.

Hanh said MARD’s Minister is considering whether to apply trade remedies against the US frozen chicken legs which are being sold at a very low price of VND20,000 per kilo in the Vietnamese market, while the other products of the same kind are priced at nearly VND100,000 per kilo.

The imports now account for 7-8 percent of the domestic market, a proportion high enough to have negative impact on the domestic livestock industry if the products are dumped.

Hanh went on to say that MARD is willing to support domestic breeding households. It is checking all information relating to the imports of poultry products, especially US chicken legs.

“The check is expected to be completed by October 30,” she said. “After that, MARD will consider applying trade remedies.”

Some local newspapers reported that traditional taxi firms may sue Uber and Grab Taxi for dumping services in Vietnam.

However, Nguyen Van Thanh, Chairman of the Vietnam Transport Association, admitted that the firms fear they are not powerful enough to sue.