Vietnamese businesses ‘swim against the stream’ to seek profit

According to FiinPro, 921 listed companies, which account for 94 percent of the market capitalization value has released official figures or estimates about Q1 business performance. 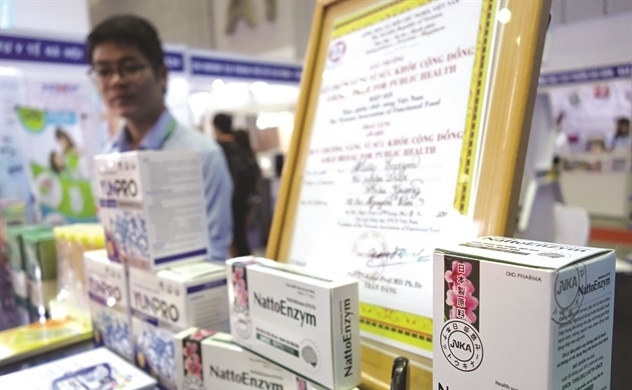 Of these, 746 businesses reported profit and 193 reported losses. If not counting commercial banks, insurers, securities and fund management companies, total revenue of listed companies decreased by 4.3 percent, while post-tax profit decreased by 41.1 percent.

Most of the enterprises in the textile and garment, footwear, seafood, tourism, aviation, distribution, logistics, food and beverage industries suffered heavily from the epidemic.

The tourism and entertainment sector, for example, took a loss of VND2.5 trillion, which means a profit growth rate of minus 257.3 percent.

However, some companies can profit in the current situation. Pharmacy firms are leading the list of the companies.

According to Vietstock, 16 listed pharmacy firms saw revenue increasing by 11 percent and profit increasing by 17 percent compared with the same period last year.

Hau Giang Pharmacy (DHG) was the most profitable company with reported profit of VND177 billion in Q1, an increase of 30 percent.

However, the most impressive profit in the industry was made by Dabaco with post-tax profit increasing by 17 times compared with the same period last year, reaching VND340 billion, while revenue was VND3.248 trillion.

However, experts have warned that difficulties are still ahead. According to FPT Securities, as a result of the epidemic, from Q2, input materials imported from China and India, the two major supply sources, will decrease significantly.

The decrease in materials imports began in the first two months of the year, by 31 percent compared with the same period last year. This will affect SPM, Domesco and DHG. The companies will have to seek alternative supplies, with higher prices.

Ngo Tri Long, an economist, warned that after the epidemic, companies making essential goods will have to change their product structure because high growth rates will no longer exist.