The domestic catfish price has fallen to a 2-year low, while Vietnam’s shrimp now has to compete fiercely in prices with rivals, including Thailand and India.

After a long period of being the key export sector, bringing $9 billion worth of export turnover in 2018, Vietnam’s seafood industry is facing problems. 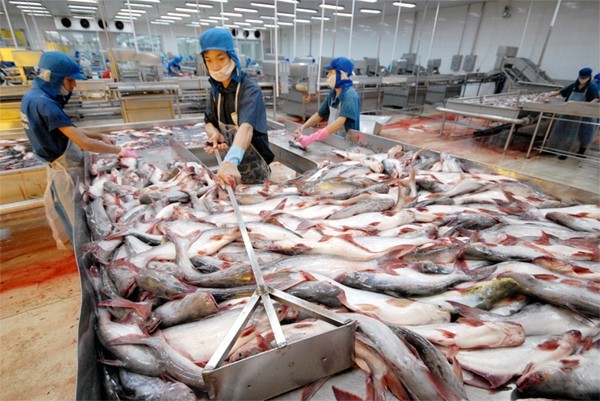 According to the Ministry of Agriculture and Rural Development (MARD), the seafood export value in the first nine months of the year was $6.23 billion only, a decrease of 2 percent compared with the same period 2018.

Japan, the US, China and South Korea were the biggest importers of Vietnam’s seafood in the first eight months of 2019 which consumed 56.8 percent of total seafood export value.

Also according to the ministry, some product items saw export value decreasing in comparison with the same period last year, such as shrimp, tra fish and cattle-fish because of the stiff competition from India, Ecuador, Indonesia and Thailand.

In the domestic market, after moving up slightly, the catfish price in Mekong Delta in September decreased because supply increased more rapidly than the demand. By the end of August 2019, black-tiger shrimp exports brought $449.7 million, a decrease of 15.3 percent compared with the same period 2018, while white-leg shrimp brought VND1.467 billion, down by 6 percent.

Seafood processors now prioritize catfish in their growing areas and collect catfish from the farmers with whom they have signex contracts.

The catfish raw material market in Mekong Delta in the last nine months has not been favorable for farmers and exporters. The catfish price decreased after one year of increases.

The current catfish price is VND10,000 per kilogram lower than the record high seen in 2018 and it is now at the lowest in the last two years. As a result, farmers have incurred big losses.

The sharp price fall in the domestic market is attributed to export growth slowdown, especially to China and the US.

As for shrimp, the price has increased since early Q3. The shrimp output in neighboring countries has decreased, while processors are stepping up the collection of materials to make products for year-end sale season.

As exports are in decline, analysts warned that the target of exporting $10 billion worth of seafood products this year may be unattainable. China and Malaysia have begun farming catfish, while Thailand and India can control epidemics in farming and have had a bountiful crop.

The world economy is predicted to see growth slowing down and countries are focusing on investing in agriculture. This will have negative impact on Vietnam’s exports in the last three months of the year.