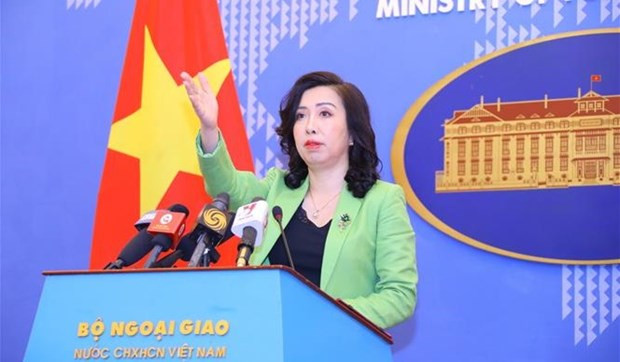 Speaking at a regular press briefing on July 7, Hang said that the embassy has received updates from Spanish police and is rolling out citizen protection measures.

According to the embassy, local authorities in Spain are gathering information and evidence in the case, said Hang.

Hang said that the two citizens are in good health and have received legal assistance in accordance with Spanish law. The Foreign Ministry will release further information on the case later in line with regulations, she added.

On July 1, the Vietnamese Embassy in Spain said that it was informed on June 25 by the police on the island of Mallorca that two Vietnamese citizens had been arrested accused of the “sexual abuse of a 17-year-old minor” and “privacy invasion”.

The embassy has taken initial citizen protection steps, while working with local agencies to verify the information, and requesting the Spanish side to ensure the legitimate rights and interest of the Vietnamese citizens and provide information of the settlement process in a timely manner./.