The Vietnamese economy has remained extremely resilient throughout the year despite the adverse impact of the novel coronavirus (COVID-19) pandemic, with import-export activities witnessing a gradual bounce back, according to insiders. 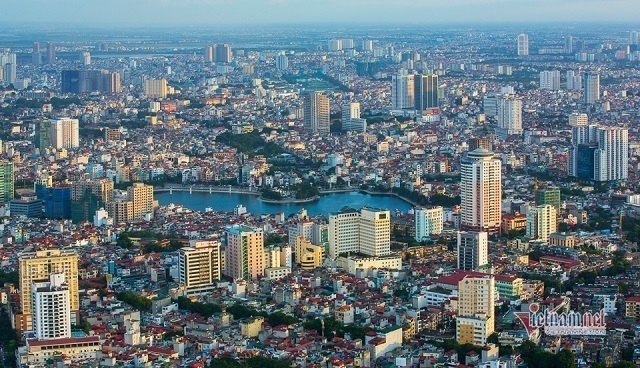 Figures released by the General Statistics Office (GSO) indicate that the country’s total import-export turnover during the opening 11 months of the year witnessed an increase of 3.5% to US$489.1 billion in comparison to the same period from last year, of which exports saw a rise of 5.3% to US$254.6 billion, whilst imports increased by 1.5% to US$234.5 billion.

Most notably, the nation’s trade surplus reached a record high of US$20.1 billion, double the figure in comparison with the same period from last year, which can be considered a positive sign amid the COVID-19 pandemic negatively affecting the global economy.

Nguyen Thi Huong, director general of GSO, said imports of raw materials for production and consumer goods have also seen year-on-year increases of 1.6% and 0.5% to US$218.8 billion and US$15.7 billion, respectively.

Despite facing numerous difficulties, local firms have made great strides to boost domestic consumption and exports.

Industrial production index (IIP) during the reviewed period posted an increase of 3.1% on-year, with November’s IIP being predicted to record an increase of 0.5% from the previous month and a 9.2% boost from the same period last year.

Most notably, the processing and manufacturing industries witnessed robust growth of 11.9%, thereby representing a positive outlook for the national economy moving forward.

Huong pointed out that Vietnamese success in containing COVID-19, along with the enforcement of the EU-Vietnam Free Trade Agreement (EVFTA), has given fresh impetus for the national economy to recover in the new normal context.

Amid the global economic slowdown, Deputy Minister of Planning and Investment Tran Quoc Phuong expressed his delight at the macroeconomy’s positive signs, all of which serve to lay the foundations for the economy to achieve positive growth for the whole year.

Deputy Minister Phuong therefore attributed these achievements to the country's great efforts to recover from the negative impact of ASEAN countries and major partners experiencing negative growth, disruptions occurring within the global supply chains, along with severe consequences of the historic flooding that recently hit the country’s central region.

The Ministry of Planning and Investment forecast that the Vietnamese economy will achieve a growth rate of between 2% and 3% this year, with encouraging results recorded during the fourth quarter, which will help the country to fulfill the dual goal of combating the COVID-19 epidemic, whilst also boosting socio-economic development.

In line with this plan, the economy will continue to maintain positive growth, with the inflation rate being effectively controlled.

Statistics indicate that with the consumer price index (CPI) in November falling by 0.01% from the previous month, the average CPI during the 11-month period saw an increase of only 3.51% from the same period last year, a factor which will ultimately help the country to curb the inflation rate below 4% in line with the target set by the National Assembly.

Moreover, the stable macroeconomy and sustained period of growth will open up an array of bright prospects for the Vietnamese economy moving into next year, with exchange rates, foreign exchange reserves, and the international payment balance being under control, according to experts.

Despite facing plenty of challenges, local businesses continued to pour capital into the economy. Throughout the reviewed period, the number of newly-established businesses fell by 1.9% to approximately 124,300 firms against the same period from last year, with newly-registered capital hitting roughly VND1.9 million billion, representing an annual increase of 19.3%.