Vietnamese exports rise, but not because of trade war: economist

Vietnam’s economy has been better off over the last three years with exports growing rapidly.

In the first four months of the year, Vietnam’s exports to the US brought turnover of $17.8billion, an increase of 29.1 percent compared with the same period last year, according to the General Department of Customs (GDC). 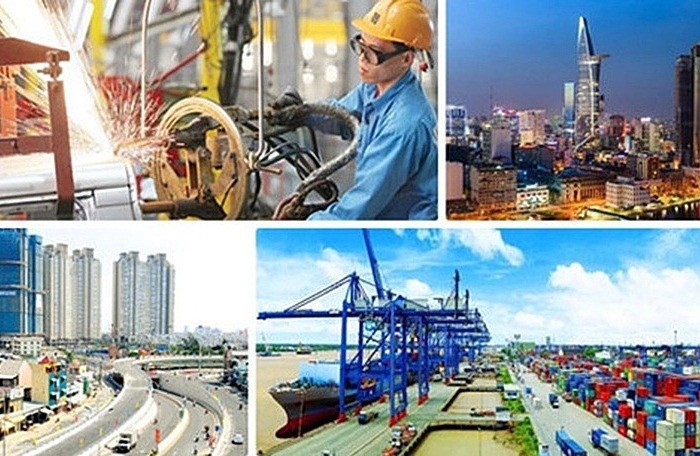 Some analysts commented that the US-China trade tensions, commencing in June 2018 partially helped increase Vietnam’s exports to the US.

Tran Dinh Thien, member of the National Advisory Council for Finance and Monetary Policies, denied this, saying that the improvement of the national economy in the first half of the year must not be attributed to the trade war.

“Vietnam’s economy has been performing well in the last three years, not only recently, when the trade war broke out,” Thien said, adding that achievements could be attributed to macroeconomic reform which helped turn Vietnam into a destination and shelter for investors.

Vietnam has become more attractive also because it has signed a series of FTAs, including EVFTA and CPTPP.

Bao Viet Securities, in its latest report about Vietnam’s economy, also pointed out that Vietnam’s share in the US’s total imports has increased by 0.2 percent point since the trade war broke out.

It’s now the time for Vietnam to analyze thoroughly the short-term risks and long-term opportunities. The exchange rate, for example, is stuck between the US dollar and Chinese yuan. If a currency war breaks out, Vietnam will surely suffer.

“China and the US are the two biggest trade partners of Vietnam and we will be affected in the context of the countries’ clash,” Thien said.

“The current situation puts Vietnam at a challenging time to reach a new level of development. In the past six months, investment and trade have been doing well, but 'thunderstorms' may emerge in the time to come,” he commented.

To prepare for the ‘new level of development’ and ‘thunderstorm’ if it happens, experts agreed that Vietnam needs to integrate well into the digital era.

Chua Hak Bin, a senior economist of MayBank Kim Eng, commented that FDI flow to Vietnam has been stable over the last 20 years. The most noteworthy feature of the FDI to Vietnam is that it doesn’t depend on any other country. However, productivity remains low.