Foreign investors have made a net purchase of VND15.2 trillion worth of government bonds so far this year, according to SSI Retail Research.

In September, the State Treasury called for bond bidding twice and VND5.95 trillion worth of bonds were sold. This was the month with the lowest bidding bond amount since October 2018. 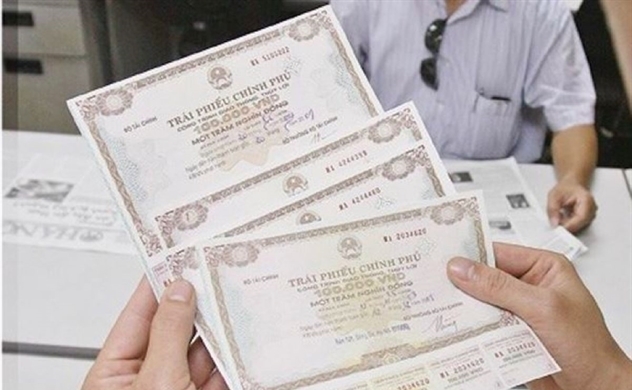 In the first nine months of 2019, the State Treasury issued VND154 trillion worth of bonds, fulfilling 59.2 percent of the yearly plan. Of this, the value of bonds issued in Q3 alone was VND48.879 trillion.

The total public investment capital disbursed in the first nine months of 2019 was VND192 trillion, or 45.17 percent of the plan assigned by the National Assembly and lower than that of the same period last year. The projects using capital from government bonds such as the north-south expressway and the Long Thanh international airport have been going slowly, so the State Treasury has restricted the issuance.

SSI Retail Research said the State Bank of Vietnam’s (SBV) cut of prime interest rates decreased the bond yields in the secondary market significantly in the first half of September. However, the decrease has stopped and the bond yield has increased slightly since the end of the month.

The government bond yield has fallen by 1.3-1.5 percent so far this year for 5-year and shorter-term bonds and decreased by 1 percent for over-5-year bonds. The bond price has increased considerably compared with the beginning of the year.

As such, since the beginning of the year, foreign investors bought more than they sold with the accumulative net purchase of VND15.2 trillion worth of government bonds in the secondary market.

Regarding the corporate bond market, SSI Retail Research reported that the primary market in September belonged to commercial banks.

In September, VND25.516 trillion worth of corporate bonds were issued, including VND21.071 trillion worth of bonds, or 82.6 percent, issued by commercial banks. The biggest issuers in the month were Techcombank, VietinBank, BIDV, ACB and OCB.

In the first nine months of 2019, the total value of corporate bonds issued reached VND155.306 trillion. The figure did not include the private offerings in the first three months because the Hanoi Stock Exchange did not report this. Commercial banks were the biggest issuers with the total issued amount of VND75.936 trillion (49 percent), followed by real estate firms with VND47.372 trillion (26.4 percent).