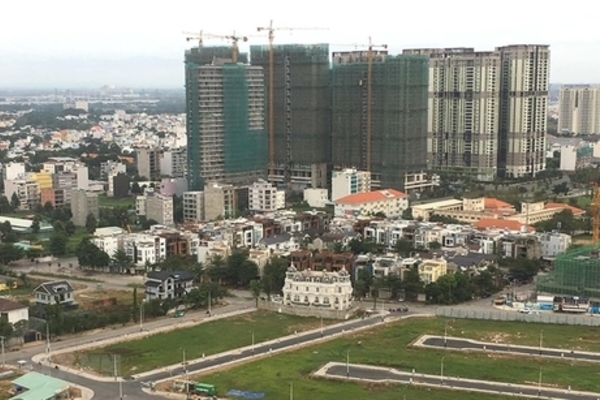 Real estate loans accounted for 19.14 per cent of the total outstanding loans as of September 30.

The Government has required the Governor of the State Bank of Vietnam (SBV) to report to the Government quarterly in case of outstanding loans for a real estate firm or a realty project valued at more than VND5 trillion (US$215.22 million)

The SBV meanwhile is also required to monitor real estate firms or realty projects with outstanding loans of more than VND1.5 trillion (US$64.56 million).

According to SBV’s data, as of September 30, credit had risen by 9.4 per cent against the end of 2018, focusing on production and business activities. Meanwhile, credit for high-risk sectors, mainly the real estate sector, has been tightly controlled.

Real estate loans accounted for 19.14 per cent of the total outstanding loans, up 14.58 per cent against the figure seen in late 2018. The growth rate was higher than the 9.4 per cent average credit growth of the economy.

According to the SBV, real estate credit surged over the past few months of 2019 due to the Government’s change in calculations. In the past, loans for real estate firms and consumer credit for house buyers were placed into separate categories. However, since last year, the two indicators have been merged into one for more accurate measurement of credit growth in the sector, leading to the surge in property credit figures.

Of the total loans in the first nine months of this year, loans for real estate business activities represented 32.7 per cent of the sector’s outstanding loans, up 5.5 per cent.

Vietnam is second after the United States on the list countries where South Korean people and enterprises have spent a total of $440.11 million on buying real estate in 2018, drawing in $56.1 million.