The report from the Ministry of Planning and Investment (MPI) about socio-economic development presented at the plenary session of the National Assembly’s Economics Committee on April 25 noted that Vietnam was among the world’s 10 top education systems in the East Asia – Pacific in 2018. 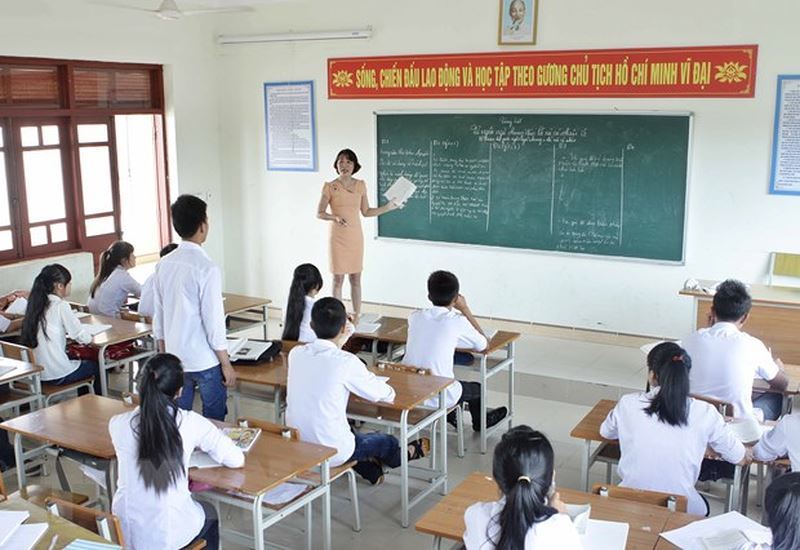 Many Vietnamese questioned the ranking, and the public reaction was foreseeable.

“It’s so funny,” a commenter on an education forum said.
.
Even Vietnamese educators lack confidence in the quality of national education.

Pham The Bao, lecturer in the IT Faculty at Sai Gon University, said he could not imagine that Pascal programming language was still being taught at general school.

“Vietnam is still teaching something that is no longer taught anywhere in the world,” he commented.

Deputy director of the HCMC Education and Training Department Nguyen Van Hieu confirmed this, but said the department has to observe MOET’s decision. He said that many schools are teaching other programming languages instead of Pascal.

The news that Vietnam was among the 10 best education systems in 2018 was also a hot topic at a workshop on education in the digital era in early May.

“It’s incredible that Vietnam is one of top 10. It would be more believable if Vietnam is listed among the 10 worst education systems,” said Tran Ngoc Them, chair of the National Assembly’s Committee of Culture, Education, the Youth and Children.

Hoa finished high school in 1986 and went to former Soviet Union to follow higher education two years later. “I was one of the best students in class. And so were all my Vietnamese friends, in Germany, the Czech Republic and Hungary,” he wrote.

“Vietnamese students’ capability is highly appreciated all over the world. This must be seen as the result of the good general education system,” he sai.

In 2016, OECD announced the results of PISA 2015 which showed that Vietnamese students ranked eighth out of 72 countries in science. Many Vietnamese showed their doubts about the results.

In 2018, the Hanoi and HCMC National Universities were listed among top 1,000 universities in QS ranking.

Vietnamese students won 13 gold medals, 14 silver and 11 bronze at the international Olympiads in 2018.

However, on education forums, some people still comment that ‘Vietnamese are good at solving math questions, not math’.