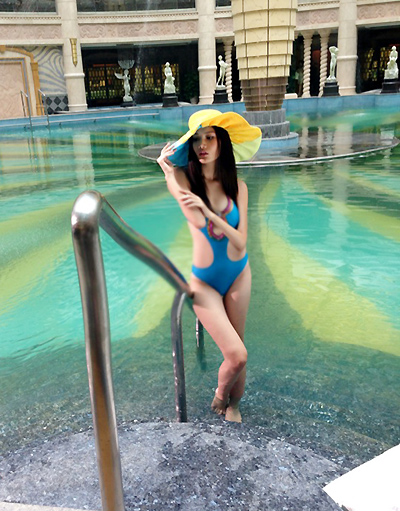 Thu and another Russian model were chosen as the challenge’s outstanding performers and will serve as the top ten’s two group leaders.

Thu was very pleased with the praise her bikini collection received from the organising board, photographers, stylists, and jury.

She credited the result to her work with creative director Henri Hubert and her experience with Elite Vietnam.

Both Thu and Linh also impressed in the underwater challenge. Linh earned a place alongside her compatriot in the competition’s next stage.

The contestants will now rehearse in preparation for the finale, scheduled for July 14.