Restaurants and eateries have been crowded recently, following the social distancing period. Analysts believe this indicates a rapid recovery of the economy after the epidemic.

The food and beverage sector, which was hit hard by Covid-19 and the Decree 100 on punishing drunk drinkers, has begun recovering, step by step. 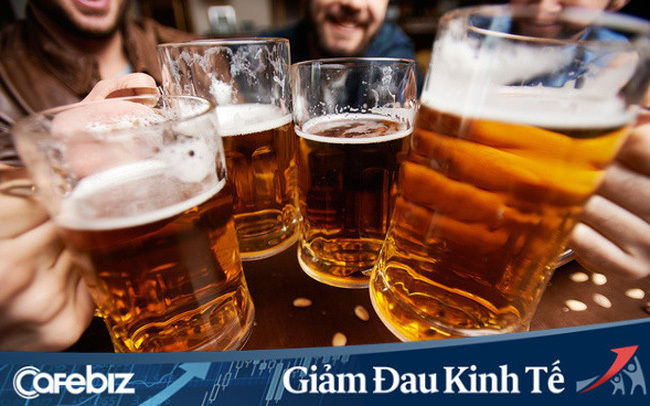 In HCM City, the restaurants in districts 1 and 2 have also become crowded again as in Hanoi, according to Truong Cong Thanh, CEO of Ecomobi, a social selling platform.

Thanh said at a recent workshop on clients’ behaviors in the ‘new normal’ period that Vietnamese people have adapted to new circumstances if viewing the performance of restaurants.

However, unluckily, the decree was followed by the Covid-19 epidemic and one-month social distancing time. Therefore, it took more time than initially thought to recover.

“After the social distancing, more and more people want to go out. Vietnamese people are trying to return to the normal state they had before Covid-19 broke out,” said Louise Hawley, managing director of Nielsen Vietnam.

However, some changes have been made. The ‘drinking culture’ of Vietnamese people has shifted from on-trade, i.e on-the-spot consumption (restaurants, hotels beer shops), to off-trade (groceries, supermarkets). Vietnamese now think about going out to have drink with friends or buying beer for drinking at home.

Hawley said the decreases have been found in both on-trade and off-trade. “Time will tell if the Decree 100 would have impact on the alcoholic drink consumption trend in long term. What we can see now is that Covid-19 has had big and quick impacts just after a couple of weeks. But I believe Vietnam will recover very quickly,” she said.

The confidence index of Vietnamese people now ranks fourth globally, after India, the Philippines and Indonesia, according to a survey by Nielsen. The index of Q1 2020 (during the epidemic) was even higher than that in Q4 2019, at 126 scores.

The higher index is attributed to the consumers’ optimism about the prospect of the job improvement, while the optimism about personal financial capability and spending remain stable.

Hawley agrees that together with the epidemic prevention capability, the optimism of Vietnamese people will help Vietnam’s economy recover more quickly than other countries.

The tourism sector has devised tourism stimulus measures to revive the domestic tourism market, remove obstacles for tourism companies, and prepare to receive foreign visitors after the COVID-19 pandemic ends.