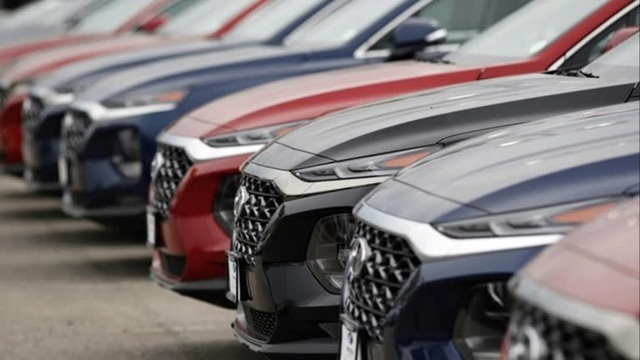 With 300,000 cars sold in 2020, Vietnam has surpassed the Philippines to become the fourth largest automobile market in the region, according to AAF (ASEAN Automotive Federation).

The AAF report was prepared based on figures from the Vietnam Automobile Manufacturer Association (VAMA). It did not count Hyundai and VinFast cars sold in Vietnam. If the cars of the two brands are counted, the figure would be over 400,000 products.

The Covid-19 pandemic has had a big impact on the entire world market and caused sales in Southeast Asia to decrease sharply.

However, the effects to the Vietnamese market were insignificant. Since the government of Vietnam decided to reduce the vehicle registration tax by 50 percent, the car sales only slightly decreased, which helped Vietnam become the fourth largest automobile market in the region.

Analysts predict that Vietnam will surpass Malaysia in the future to jump to the third position.

In general, the development of the automobile market depends on three factors – scale and population structure; the average income per capita; and average number of cars per 1,000 people.

In Vietnam, motorization begins when the average GDP per capita reaches $3,000 per annum. The average number of cars per 1,000 people is still low, while the middle class, or the major clients of personal cars, is expanding rapidly.

In a report released recently, SSI commented that Vietnam’s automobile market is now large enough to step up domestic manufacturing.

Vietnam has also surpassed the Philippines in terms of domestic output. Vietnam’s automobile industry is in a situation similar to the Philippines, with a low localization ratio, low output and pressure from imports which enjoy a preferential tariff of zero percent.

A lot of other manufacturing and assembly projects of Honda, Toyota, Mitsubishi and Suzuki are going o be implemented. Vingroup has announced the issuance of VND1 trillion worth of bonds to raise funds for VinFast to speed up its automobile manufacturing activities.

With automobile manufacturing projects expected to be completed by 2022-2023, the Vietnam’s automobile market is expected to be busy. Manufacturers will have to compete with each other to boost sales by offering attractive discounts, which will lead to car price decreases.

A Fitch Solutions’ report on the attractiveness of countries to automobile manufacturers showed that Vietnam ranks 10th with 44.5 scores in Asia (Thailand ranks 4th, Malaysia 5th, Indonesia 8th and the Philippines 9th).

Despite having scores lower than other regional countries, Vietnam is still an attractive destination for automobile part manufacturers thanks to its membership of many FTAs and low production costs.

Regarding the attractiveness of the markets, Fitch Solutions believe that Thailand, Vietnam and Malaysia are the most attractive automobile retail market among Asian emerging markets. It predicts a 6.5 percent growth rate for Vietnam for the next five years.

Pham Chi Lan, a respected economist, commented that thanks to the great efforts by enterprises, the market attractiveness and changes in policies, the automobile market has gained some prosperity.

As the third most populous country in Southeast Asia, and having increasingly high income, Vietnam still has the lowest percentage of personal car ownership in the region.

VAMA believes that if the policies to encourage the automobile industry development are strong enough, they will help increase the market capacity, thus reducing the production cost.

The association has proposed offering investment incentives in order to increase the output of some product lines, as Thailand did, focusing on pick-ups in the past.