The Vietnamese national football squad remains the strongest team in the region as it is has many advantages over other teams. 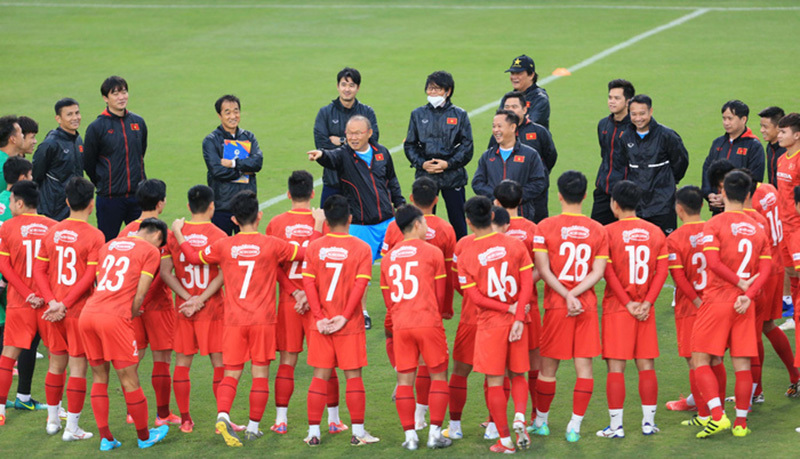 1. AFF Cup 2020 will take place in half a month in Singapore, a tournament where Vietnam has the opportunity to become the third squad, together with the host and Thailand, successfully defending the championship.

The fact that Coach Park Hang Seo and his team are highly appreciated in the tournament is not a surprise at all, considering the stability, achievements and the position of the team on FIFA ranking. Vietnam is still in the No1 position in the region.

Of course, being the strongest doesn’t mean it will defend the AFF Cup championship. However, Vietnam will still be the most difficult opponent to defeat after how it has performed recently.

2. Vietnamese football squad is considered the No1 candidate for the AFF Cup 2020 championship and this assessment is not only made based on the stable achievements in recent tournaments, but also on other factors.

Regarding the squad structure, for example, after winning the championship at AFF Cup 2018, the squad has not had many changes and the footballer are still battle-hardened and have good skills. Cong Phuong, Quang Hai and Tien Linh are familiar names.

The preparation for the tournament to take place in Singapore is also favorable as the team had football matches to rub shoulders with very strong rivals at World Cup 2022 qualifiers.

The matches did not bring the desired achievements, but they are helpful for accumulating experience and maintaining the feeling of competition, which most of Vietnam’s opponents in the region don’t have.

3. Another factor that helps Vietnam is that there are not many opponents who can compete with Park’s trainees in the region, and some have specific problems.

Thailand and Malaysia are believed the only two opponents capable of standing in the way of preventing Coach Park and his trainees from obtaining the championship once again. However, both squads showed problems at the second qualifier of World Cup 2022.

Thai players are not stable, while Thailand is not sure it can perform in the strongest formation. Some players of J-League may be absent at the tournament because AFF Cup 2020 doesn’t belong to the FIFA system.

The Malaysian squad made it more or less difficult for Vietnam’s squad at the second qualifier of World Cup 2022, but it is not too dangerous as it wavers between native and naturalized players.

The Korean head coach of the Hanoi Football Club - Park Choong Kyun – has refused to join the training team of the Vietnam national football squad as an assistant to Mr. Park Hang-seo.

The Vietnamese national team will enter the AFF Cup 2020 as defending champions with a strong determination to defend their title.