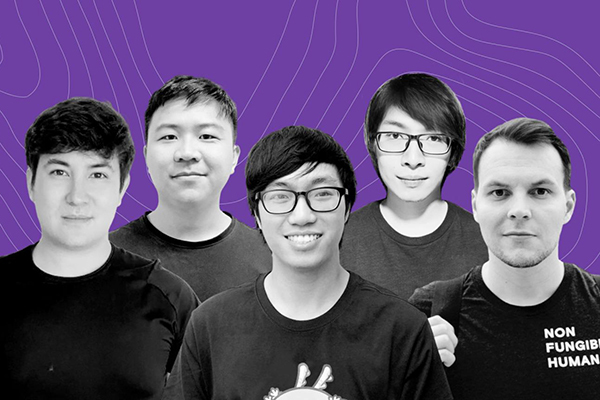 The founders of Sky Mavis

The expert said that success stories of some countries could partially suggest ways how to attract investment to the innovative sector and the development of pioneering technologies.

Among the countries emerging as destinations attracting technology investors, India has similarities with Vietnam in terms of the increase of the middle class, a dynamic labor force, and the high percentage of smartphone users.

India is witnessing a boom in investment in the startup ecosystem. The number of new unicorns has exceeded China.

The number of unicorns in India has only increased recently. Only 22 unicorns were created in 2011-2019, but more than 40 percent of Indian unicorns appeared in 2021 alone. The country has had the biggest benefit from the Chinese policy to tighten control over technology firms.

The UN’s report on world investment in 2021 showed that India has become the fifth largest FDI recipient. In 2020, $64 billion was poured into India, mostly in the technology sector.

As for Singapore, the city-state has emerged as a favorite destination for foreign investors and multinationals.

Singapore is not a tax haven, but it has a simple and competitive taxation method. The country is known for its good infrastructure and friendly Government which does not apply discriminatory treatment to foreign investors.

Based on India and Singapore’s experiences, Binh pointed out that the stability of the environment plays a very important role. Vietnam needs to continue simplifying procedures for business establishment, thus creating a friendly investment environment.

It is also necessary create clear regulations to support IPOs and divestment activities.

At a recent forum on smart cities held by RMIT University, experts said in the new era international investors would consider many new factors when making investment decisions, such as the digitization level of destinations, the sustainability of the economy, and the social nature of the environment.

Vietnam has been advised to accelerate investments in smart cities and integrate new technologies, because this is considered a magnet that attracts FDI.

Once technologies, business models and products change, policies also need to be amended. Citing the success of Axie Infinity, Binh pointed out that technology is changing much faster than policies.

Vietnam still has not created a legal framework for Blockchain, even though Sky Mavis has created a Blockchain-based game valued at billions of dollars.

Inspiring Characters 2021: The developers of Vietnamese game worth billions of USD