VietNamNet Bridge – Microsoft’s mobile Office was offered for free on November 6 but it still cannot be used on mobile devices in Vietnam.

VietNamNet Bridge – Microsoft’s mobile Office was offered for free on November 6 but it still cannot be used on mobile devices in Vietnam. 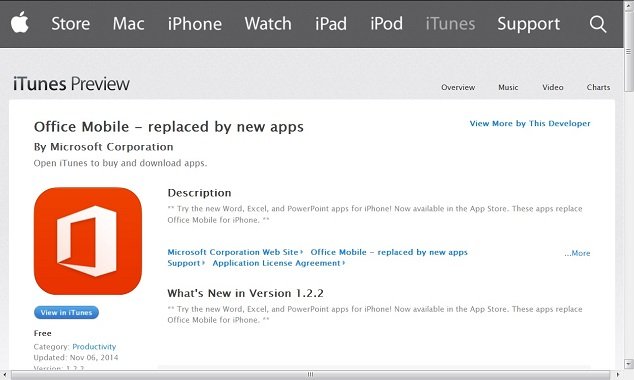 iPhone, iPad and Android owners can now create and edit Office documents, spreadsheets and presentations on their devices, including those who are not Office 365 customers.

Microsoft has also reportedly updated the latest version of Office Mobile on the app stores of iTunes Store and Google Play. The users of Android-based mobile devices will need Android 4.0 or later versions.

However, Vietnamese users are disappointed because they still cannot use Office for free.

Mai Trieu Nguyen, director of Mai Nguyen Luxury Mobile, a large phone distribution chain, noted that the owners of mobile devices can use non-Microsoft free office apps but prefer Microsoft Office, because the software is more familiar to them.

Hoang Tuan Anh, a businessman, said he cannot download the software. He doubts that Office Mobile is available for users all over the world.

“I asked for help from information technology experts. But they said they couldn’t help,” he said.

Meanwhile, Mai Lam, a programmer, said when trying to download Microsoft Office for Mobile from Google Play, he received a notice “This item cannot be installed in your device's country”.

“I cannot download the app to my Android devices, though I am sure the devices are completely compatible with the app,” he said.

A representative of Microsoft Vietnam said Office for iPad is still not available in the Vietnamese market. Therefore, Vietnamese users need to change the information about their Apple ID accounts (declaring other regions than Vietnam) to be able to activate the software.

Meanwhile, Office for Android is now in the beta version, which is provided to some registered customers on a trial basis, and is not available worldwide.

In March 2014, Microsoft released Office Mobile for devices running on iOS, but it is only available for Office 365 customers. If users don’t have an Office 365 account, they can only read, not edit or create, documents.