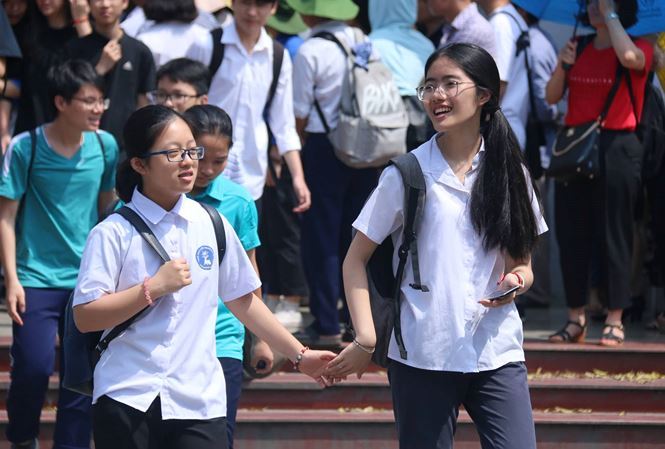 In Hanoi, in addition to the high schools put under the management of the education department, there are also schools belonging to universities, and they are all schools for the gifted.

Hanoi National University alone has three member high schools, of which the high school for the gifted in foreign languages begins enrolling students for sixth grade this year.

The competition for the high school belonging to the Hanoi University of Education is the toughest this year, with the competition ratio of 1/14.5.

The problem is that the exams organized by the schools to select best students take place within a short time, from May 26 to June 4.

Some students in Hanoi have to attend exams to four schools for the gifted during that time, including three exams to schools belonging to universities, and the other to one of four schools under the management of the education department (Hanoi-Amsterdam, Nguyen Hue, Son Tay and Chu Van An).

Complaints about pressure from exams have arisen on education forums.

“It’s so difficult to live in modern times. You have to study at a prestigious school to have the opportunities to find good job in the future,” Doan Huong, a secondary school student wrote on her Facebook page.

Huong said her parents decided that she will have to study abroad for higher education, so she has to go to a prestigious high school in Vietnam and obtain good learning records, which will allow her to more easily obtain a scholarship from foreign universities.

Nguyen Quoc Binh, headmaster of Le Quy Don Secondary and High School in Nam Tu Liem district, said some of his students cry when their parents force them to take exams to enter schools for the gifted.

“Parents nowadays tend to be too demanding of their children,” he said.