According to Mai Trung Son, deputy head of the Ministry of Health’s Population and Family Planning Department, 33 cities and provinces in Vietnam have the birth rate of more than 2.2 children per couple. Most of the localities are in the northern mountainous and central and Central Highlands region and they still face many difficulties in socio-economic development. 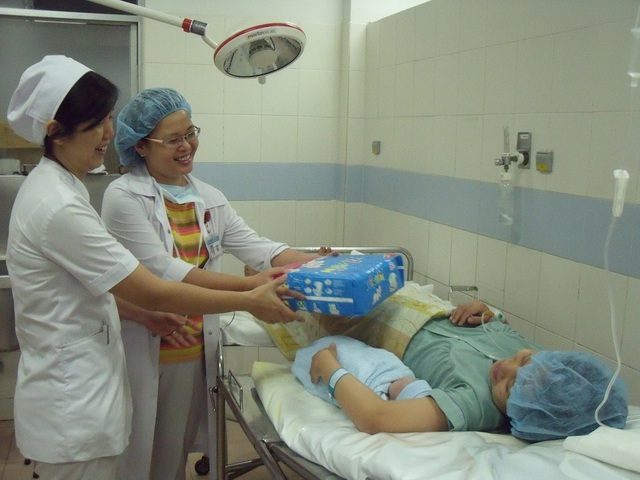 Meanwhile, another 21 localities, which have a fertility rate of below 2 children per couple, are mainly concentrated in the more developed areas such as the southeast and Mekong Delta, including up to centrally-governed cities.

HCM City alone has the birth rate of only 1.39 children.

The 2019 census indicated that the total fertility rate in Vietnam’s urban areas was 1.83 children per woman, lower than rural average rate of 2.26. The trend has remained the same for two decades.

Son blamed the lower birth rate in urban areas for the trend of later marriage and having fewer children. The faster urbanisation has resulted in greater pressure for people’s life, meaning that they have to spend more time to earn living amid higher daily expenses.

“The high rate of abortion in Vietnam is among causes of secondary infertility, which has also led to the lower birth rate,” Son emphasised.

The imbalance in access to information and health care services contributes to the disparity as couples living in cities are aware of the benefits of family planning and can easily access contraception rather than those in rural areas.

Both the high and low birth rate could have a negative impact on the country’s social-economic development. For instance, the prolonged falling birth rate can lead to an ageing population, which places pressure on the city’s welfare system, including pensions, health insurance and social security.

Earlier in April, Prime Minister Nguyen Xuan Phuc approved a birth rate adjustment programme which encourages people to get married before the age of 30 and women to give birth to their second child before they are 35. Dtinews

Vietnam is home to a primeval forest described as a “big school” that has helped spread the love for nature for the past nearly six decades.