Vietnamese want to build ships, not screws, for foreign manufacturers

VietNamNet Bridge - Vietnamese manufacturers say they are capable of making components or spare parts for multinational groups, but have chosen not to do so because the local market is not large enough.

VietNamNet Bridge - Vietnamese manufacturers say they are capable of making components or spare parts for multinational groups, but have chosen not to do so because the local market is not large enough. 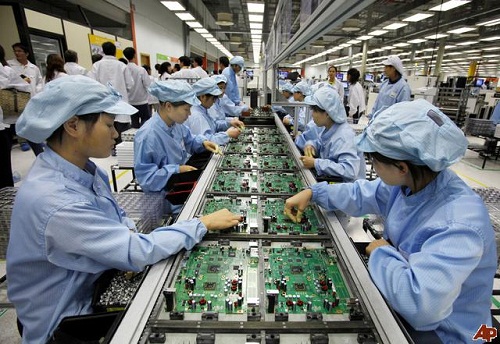 Vietnamese businesses have been advised to upgrade their technologies and reorganize production to be able to join multi-national groups’ global production chains. However, many of them have failed to become partners of these groups.

Song Nam Company surprised everyone when it refused to make screws for Toyota in 2006-2007.

Song Nam, owned by Pham Trung Hieu, known as Hieu Songnam, became a well- known name as a producer of high-quality screws whose products have been exported to choosy markets such as Japan, Switzerland and Germany.

The reason behind the refusal was that Toyota only wanted 2,000 products a month, a very small order, and Song Nam could not make a profit. The market was not large enough for Song Nam to invest in machines and production lines.

Pham Ngoc Hung, deputy chair of the HCM City Business Association, noted that every enterprise considers if the market is large enough before they decide to make investments.

“Small orders will not allow enterprises to make profits, while the required investment capital is always very high to satisfy the requirements set by multi-national groups,” he explained.

“In case of Song Nam, I think it would have accepted the order if it could have sold the products not only to Toyota, but also to other automobile manufacturers under long-term contracts,” he said.

Hung said that the problem was not in the Vietnamese enterprises’ production capability.

“It is unreasonable to say that Vietnamese enterprises cannot make screws for the automobile industry,” Hung said. “Vietnam can make quite complicated accessories, let alone the simple products like screw.”

The association recently organized a workshop on the Vietnam-Thailand economic relationship. Thai enterprises said they wanted to buy motors made by Vietnamese enterprises instead of Chinese.

“This shows Vietnam can absolutely make motors, but it needs a stable market to make investments,” he said.

Vietnamese enterprises will have to consider the economic benefits if they make products. In many cases, it is more economical to import products than to make them domestically.

Vietnamese choose not to make these products because of non-technical problems, from financial benefits to the state’s production encouragement policies.