Vietnam’s airlines and the dream to fly to the US

Vietnam began thinking of flying non-stop to the US 16 years ago, but the plan has yet to be implemented.

In 2003, after signing the aviation agreement with the US, the Ministry of Transport (MOT) decided that Vietnam Airlines, the state-owned national flag air carrier, will fly to the US by 2005 at the earliest. 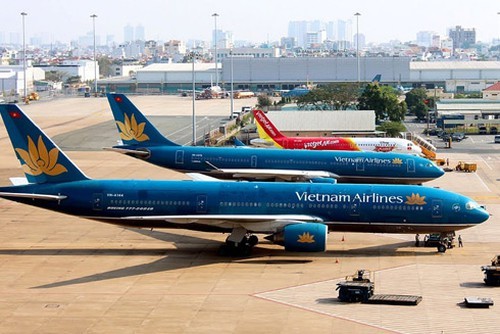 In mid-2005, the then head of the Civil Aviation Authority of Vietnam (CAAV) Nguyen Tien Sam announced Vietnam would have non-stop flights to the US at the end of the year or in early 2006. At that moment, the plan on flying with one stop was put into consideration. However, the plan failed.

In early 2019, Vietnam had necessary conditions for its airlines to fly non-stop to the US when the FAA gave CAT 1 certificate to CAAV. However, to date, the plan to fly to the US remains on paper.

According to CAAV’s head Dinh Viet Thang, in order to develop, Vietnam’s aviation has to ‘connect with the US’, because this is the largest economy and aviation market in the world.

The non-stop air route to the US is believed to be very promising with a potential 2 million passengers who are Vietnamese living and studying in the US, and the increasingly high demand for exporting goods to the vast market.

However, to date, only Bamboo Airways, a ‘rookie’ in the aviation market which just began flying months ago, has shown strong determination to provide non-stop flights to the US.

A representative of Bamboo Airways said the airline is following necessary procedures and seeking partners to fly to the US. The first flight is hoped to be provided in late 2020 or early 2021.

Bamboo Airways president Trinh Van Quyet has mentioned his plan to fly non-stop to the US at meetings with the local press or at important conferences.

Quyet estimates that with the return ticket of $1,100 for 240 seats, the airlines would collect VND116.3 billion and incur a loss of VND13 billion a month.

If the number of seats cannot be fully occupied, Bamboo Airways will adjust the business plan and fly for 16 days a month instead of 17 days. It also may fly via third countries such as Japan and South Korea to get more passengers.

Meanwhile, Vietnam Airlines still hesitates to fly to the US.

“Flying non-stop to the US won’t be as easy as buying land,” Vietnam Airlines’ CEO Duong Tri Thanh said when talking about the obstacles for the air route.