Vietstar Airlines, after getting AOC (air operator’s certificate), has become the sixth air carrier of Vietnam. This is the first air carrier to have commercial AOC for business jets in Vietnam. 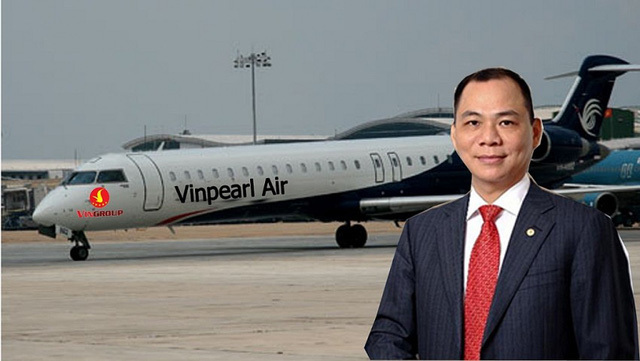 Meanwhile, president of Thien Minh Group Tran Trong Kien has submitted documents to the Quang Nam Planning and Investment Department to seek licenses for KiteAir. The airline, if licensed, would have a fleet of 30 aircrafts by 2024.

Vietravel, a well known travel firm, also wants to set up an airline of its own, Vietravel Airlines, believing that transport service is a core factor to attract travelers.

The Civil Aviation Authority of Vietnam (CAAV) said Vietravel has enough conditions to set up an airline and the investor is awaiting for approval from the PM for the airline which specializes in serving tourism.

As a travel firm, Vietravel serves 1 million travelers a year. This means that Vietravel Airlines has a stable number of clients for its operation.

If its application gets approval from appropriate agencies, Vinpearl Air would be the next player in the aviation market. This will be a very strong rival as it belongs to a powerful conglomerate – Vingroup -- which has powerful financial capability and a high number of resorts and real estate throughout the country.

Analysts say that if Vinpearl Air sells combo services of hotel rooms and air tickets, it would attract a high number of passengers.

According to Pham Nguyen Tung from Vietjet Air, Vietnam has 1.9 aircraft for 1 million people, while the figures are 4.7 in Thailand and 9.5 in Malaysia.

According to IATA (International Air Traffic Association), the number of passengers traveling by air may be double by 2037 to 8.2 billion, mostly thanks to the sharp demand in Asia Pacific. Vietnam is one of five countries with the highest numbers of air passengers.

Meanwhile, the overloading at airports has become a heady issue for Vietnam. Tan Son Nhat Airport in HCMC now has to operate at 130 percent of capacity, and Nha Trang Airport 320 percent.

At the August regular meeting of the Ministry of Transport on August 29, Minister Nguyen Van The said it is necessary to think of expanding Noi Bai Airport in Hanoi, or it will also fall into congestion like Tan Son Nhat in HCMC.