According to the Civil Aviation Authority of Vietnam (CAAV), the Chinese market makes up 26.1 percent of Vietnamese airlines’ international transportation output. The decision to stop flights to and from China since February 1 will have a big impact on airlines' business performance. 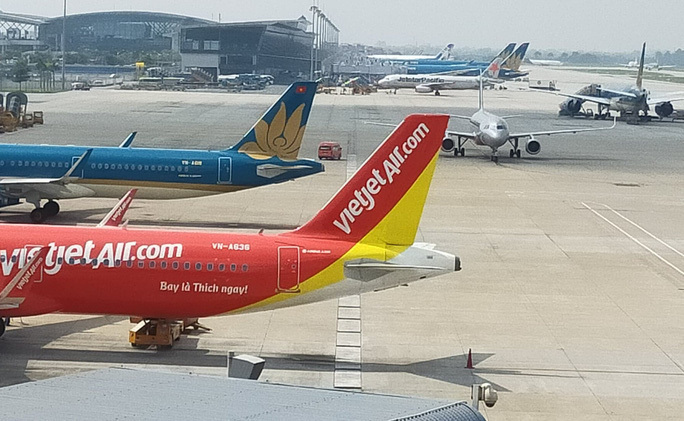 Losing the Chinese market, Vietnamese airlines would see a reduction of 400,000 passengers a month. In addition, they would also lose a significant number of passengers from China on domestic flights. They will also lose money because of booking cancellations and high costs for epidemic prevention works.

A report showed that on February 1-7, or after one week of flight suspension, the Vietnamese aviation market served 1.95 million passengers, a decrease of 4.5 percent compared with the same period last year.

Of this, Vietnam’s airlines served 1.06 million, down by 4 percent. International transportation saw a decrease of 28 percent.

Before the Covid-19 epidemic, 14 airlines in both Vietnam and China provided flights on air routes between the two countries.

This included 11 airlines from China (the frequency is 240 flights/way/week) and three Vietnam carriers, namely Vietnam Airlines, Jetstar Pacific Airlines and Vietjet Air (72 air routes from five points in Vietnam to 48 points in China).

In 2019, the number of passengers served on the flights between Vietnam and China reached 7.5 million. Of this, 4.6 million passengers were served by domestic airlines.

MPI has reported to the government about the impact of the Covid-19 epidemic on Vietnam’s socio-economic development. The tourism industry is expected to suffer a loss of $5 billion.

Notably, the ministry predicted that Vietnam’s GDP would grow by 5.96 percent only this year.

China is a big market for Vietnam’s tourism. About 1.45 million Chinese travelers came to Vietnam each quarter in 2019. In the first quarter of 2020, Vietnam received 644,000 travelers from China.

Meanwhile, the number of foreign travelers from other countries will also decrease, possibly by 50-60 percent, because Vietnam has land boundary with China.