BIDV shares have seen a price increase of 6 percent since early August, after the deal to sell 15 percent of shares to the foreign strategic investor KEB Hana Bank was approved on July 22. If compared with the deepest low in late May, the share price has increased by 20 percent. 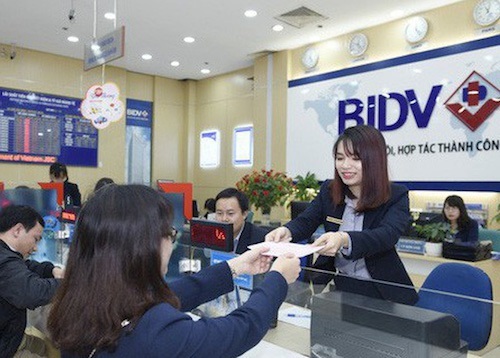 Vietcombank earlier this year sold 16.6 million shares to Mizuho, the strategic shareholder, and 94.4 million shares, or 2.55 percent, to GIC Private Lte, a Singaporean national investment fund. The bank is expected to issue another 6.5 percent of shares in the last months of the year to foreign investors.

Military Bank plans to issue 7.5 percent of bank shares to foreign investors this year. Under the plan, it will sell 123 million new shares and 38.9 million treasury shares. It wants to sell shares to one or many foreign investors and the investors are not necessarily strategic shareholders.

Weak banks undergoing restructuring are also moving ahead with M&A plans. Ocean Bank is entering the final step of selling to an Asian bank. Meanwhile, Japanese J Trust Group has expressed its willingness to get involved in the restructuring of weak credit institutions in Vietnam and the wish to buy CBBank.

Analysts say that in the context of the continued foreign direct and portfolio investment inflow into Vietnam, there are favorable conditions for M&A deals.

A report shows that there were 4,387 deals with foreign investors contributing capital and buying into Vietnamese enterprises, with total capital of $8.52 billion, an increase of 77.8 percent over the same period last year.

The three deals of BIDV, Vietcombank and MBBank alone are expected to bring $2 billion in the last months of this year.

As for state-owned banks and joint stock banks which want to increase capital, selling shares to foreign investors not only helps increase capital to expand business, but also improves competitiveness with foreign institutions’ support in technology, management and strategy.

There is another reason for banks to sell shares to foreign institutions: they can find capital in foreign currencies to offset the decrease in mobilized capital from domestic sources.