The Governor of the State Bank of Vietnam (SBV), Le Minh Hung, is standing firm on low credit growth. This is also an issue that S&P emphasized in in its latest report.

Standard and Poors (S&P) Global Ratings has upgraded Vietnam’s long-term sovereign credit rating, the first time since 2010, to “BB” from “BB-”. Vietnam was also upgraded by Moody’s and Fitch Ratings in 2018. 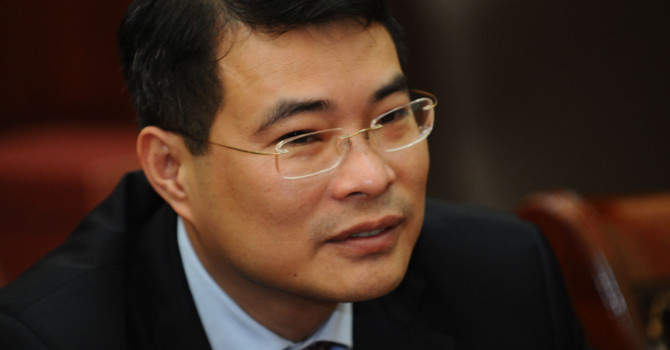 All of the three most prestigious credit rating firms in the world have recognized Vietnam’s achievements in economic development, including in monetary policy management.

With the new credit rating and stable outlook, the government and enterprises can access commercial loans with better interest rates. This is significant for Vietnam, especially now that ODA loans are becoming less preferential and more commercial.

As Vietnam now has a higher sovereign credit rating, its commercial banks and large enterprises now have every reason to hope for the upgrading of their credit ratings as well.

The upgrading will also help Vietnam improve its position in the international market and foreign trade. In addition, it will also be more attractive to foreign investors.

The nation’s forex reserves are one of the most important factors for credit rating firms and foreign investors to consider when assessing Vietnam’s resources.

Many years ago, Le Minh Hung, who was then Deputy Governor of SBV, said forex reserves were just like the ‘basket of paddy’ in farmers’ houses, which guests look at to predict the landlord’s capability.

Increasing the foreign reserves, or the nation’s ‘basket of paddy’, has always been an important task for SBV when regulating monetary policy.

By the end of Q1, Vietnam’s forex reserves had reached $65 billion, following the additional purchase of $6.5 billion within the first three months of the year. The scale of forex reserves has doubled after three years, which helps in stabilizing the dong/dollar exchange rate.

When analyzing Vietnam’s macroeconomic indexes, S&P paid attention to Vietnam’s high credit leverage ratio. The credit rating firm, at working sessions with SBV, showed its concern about the ratio of credit on GDP, 130 percent, which is relatively high compared with other countries. However, Vietnam’s credit growth has slowed down, which has been and will be put under strict control.

SBV Governor Le Minh Hung mentioned the plan to curb credit growth at a meeting with the local press in June 2018. Hung said SBV has allocated credit growth ‘quotas’ to commercial banks, and the ‘quotas’ were lower than banks’ capability. VIetcombank, for example, is capable of obtaining the credit growth rate of 17-18 percent, but the permitted rate is 15 percent only.

The power of the credit rating industry