Diep Thanh Kiet, deputy chair of the Vietnam Leather & Footwear Association (Lefaso), is worried that Chinese footwear products would flow to other countries, including Vietnam, once they meet the tariff barrier in the US market. 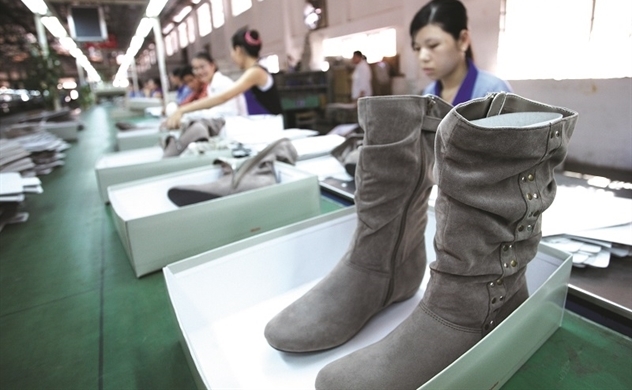 China exports $15 billion worth of footwear products, high-end and popular, to the US each year. However, the tentative taxation on Chinese footwear may lead to a decline in Chinese exports to the market.

“No single country can absorb all the footwear products that China now exports to the US,” Kiet said, adding that the Chinese export volume is extremely high and no other country can replace China in the short term. Even Vietnam, the second biggest footwear exporter in the US, won’t be able to do so.

The deputy chair of Lefaso said nearly 200 footwear importers have sent a petition to US President Donald Trump. He believes that the US government is reconsidering the tariff, because it will prevent products from entering the US, forcing American consumers to buy goods at high prices.

The tariff on Chinese footwear products will bring both good and bad results to Vietnam. Vietnam will have the opportunities to make high-value products but international and Chinese brands will choose Vietnam for their production relocation plans. If so, the domestic market would became upset because of the lack of resources for production.

If this scenario happens enterprises will have to scramble for workers, which will push the labor cost up. This will have negative impact on Vietnamese enterprises, especially when the poduction cost in Vietnam is becoming higher.

Vietnam is building a new strategy on attracting FDI to attract high technology and higher administrative capability. However, amid the wave of production relocation from China, the Foreign Investment Agency (FIA) has warned of the negative impact on domestic production as China Hong Kong and Taiwan had invested $7.6 billion in Vietnam just in the first five months of 2019.

Chinese total investment in Vietnam in 2018 was only $2.46 billion.

At present, footwear export is mostly in the hands of FIEs. There are about 800 FIEs in the industry, which just account for 25 percent of footwear enterprises, but make up 77 percent of export value.