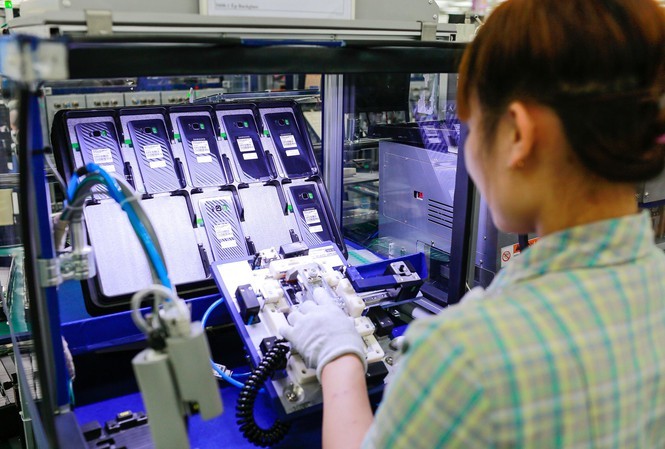 However, Vietnam’s exports rely on FIEs. The exports from FIEs account for 60 percent of total export value. In 2018, Samsung alone exported $60 billion worth of products, which was equal to one-fourth of Vietnam’s total export revenue.

In 2017, Samsung had to recall Galaxy Note 7 products because of the trouble with the battery. The move alone was enough to decrease the value of the industry and construction sector.

Because of the problem with Samsung, Vietnam’s GDP growth rate in Q1 2018 was low, just 5.1 percent in comparison with the 5.5 percent in the same period of 2016. The figure was far below the 6.7 percent GDP growth rate of the entire year of 2017.

“The fact that Samsung recalled its products not only affected Vietnam’s exports, but also led to a GDP growth rate decrease. This shows that Vietnam’s economy depends too heavily on FIEs,” said Do Thien Anh Tuan, a respected economist.

“When Samsung sneezes, Vietnam’s economy catches a cold,” he said.

In late 2017, Samsung boosted export of its products and expanded production in Bac Ninh and Thai Nguyen. The Samsung launch of Galaxy Note 8 helped the electronics industry obtain a high growth rate of 45 percent in Q3 2017.

Formosa is another example. In the same year, Formosa completed the settlement of the environmental incident and became operational. This helped the manufacturing and processing industry obtain a satisfactory growth rate and contributed greatly to the 6.8 percent GDP growth rate that year, exceeding the target set by the National Assembly.

Dinh Trong Thinh from the Finance Academy pointed out that the figure about the GDP doesn’t reflect the strength of the economy, and that relying on FIEs is worrying. The problem is that Samsung’s export turnover is big, and the added value it creates is small.

In the case of Formosa, with 1 million tons of steel, it helped Vietnam’s GDP rise in 2017, but it also caused the serious pollution incident in 2016.