According to John Campbell from Savills Vietnam, trade tensions between the US and China and the FTAs of which Vietnam is a member have had a positive impact on the industrial real estate sector. 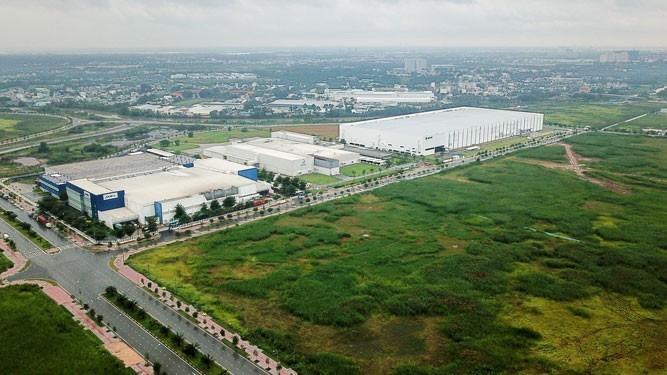 CPTPP and EVFTA will remove 99 percent of tariffs, which will attract more investment to the industrial real estate sector.

Campbell said multi-national groups will bring specialists and workers to areas where they set up factories, so the demand for houses and offices for rent is expected to increase.

JLL Vietnam reported that rents in IZs in Vietnam and the occupancy rate have both increased. The average rent in Q2 increased by 15.8 percent over the previous quarter. With the rent of $162 per square meter, HCM City has the highest rent in the south. It is followed by Dong Nai ($160 per square meter).

Long An province has great potential and is a new choice for the investors who want to make investment in the south, where Binh Duong and Dong Nai are the two traditional markets.

According to JLL, five leading industrial real estate markets, especially HCM City, Binh Duong and Dong Nai in the southern key economic zone, all had a high occupancy rate of 81 percent in Q2.

In the future, 18,290 hectares reserved for IZ development in the south, will be available for rent, mostly in the provinces of Long An, Binh Duong and Dong Nai.

Analysts have noted a growing tendency in IZ development in the context of the industrial real estate boom in anticipation of the strong flow of FDI into Vietnam. In order to improve land use efficiency, some IZ developers are now building multi-storey workshops for rent.

In Tan Thuan Export Processing Zone (EPZ), for example, developers have set up three blocs of multi-story workshops for rent. The construction of such workshops is being carried out at Linh Trung EPZ.