Developing IZs is seen as a profitable business at this time as many foreign investors are leaving China and heading for Vietnam.

Since the establishment of the first IZ, covering an area of 153 hectares in Hai Phong, developed by a Japanese investor, Vietnam now has 335 IZs as of March, with total area of 97,800 hectares. 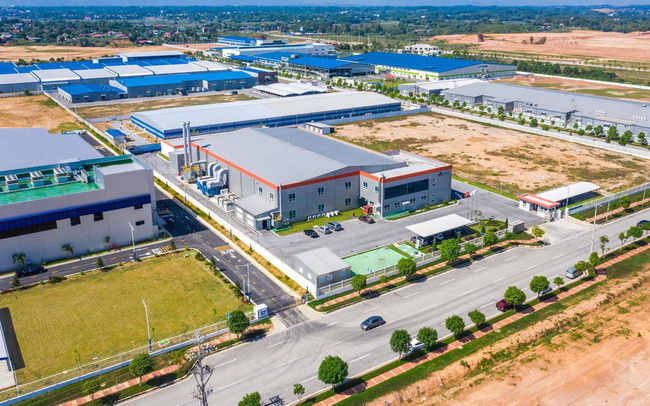 Of these, 260 IZs have become operational with the total natural area of 68,700 hectares, and the other 75 IZs are under construction. The occupancy rate of the operational IZs is 75.7 percent.

The development of IZs has become strong in recent months in the context of the US-China trade war and the wave of relocating production bases out of China.

Many IZs which were left idle in the past, have been revived in anticipation of the new FDI wave. The 46 hectare Viet Hoa – Kenmark IZ in Hai Duong is an example.

It was registered by a Taiwanese investor. However, the investor disappeared after three years of construction. Later, it was sold to An Phat Plastics and Green Environment, which built the IZ and made it ready to receive investors.

A representative of Sao Do Group, the investor of Nam Dinh Vu IZ, revealed that he has received many investors who have come to learn about investment opportunities. One of them is SK E&C, belonging to SK, one of the South Korean biggest groups.

Prior to that, SK had poured $1.5 billion into the projects in Vietnam and said it will expand business in Vietnam.

As too many IZs have arisen simultaneously, the Ministry of Planning and Investment (MPI) warned that this would have serious impact on socio-economic development and adverse effects the environment.

The ministry said in order to receive the new FDI wave, Vietnam needs to have a ‘conductor’ who programs the development of IZs so as to obtain the optimal benefits.

Nguyen Van Toan, deputy chair of the Vietnam Foreign-invested Enterprises (VAFIEs), pointed out that the weak point of Vietnam’s IZs lies in the poor infrastructure. In many IZs, the developers have just levelled the ground and are awaiting investors. In some IZs, there is no road to transport goods.

While FDI firms continue to report losses, they keep expanding operations in the country.