Since the beginning of the year, while the official exchange rate announced by the central bank kept increasing steadily and considerably, the exchange rate applied in transactions between commercial banks and businesses decreased in comparison with the end of 2018. 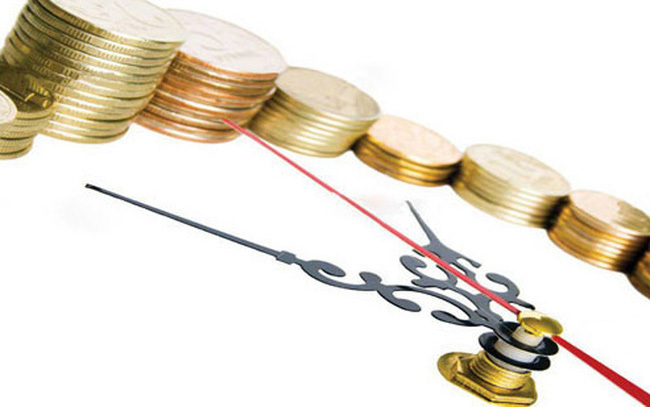 However, in fact, this did not happen, though there was a heavy fluctuation in mid-year.

There are always abnormal factors in conditions of the economies, market movements and geopolitical factors. This included the US-China trade war with many tariff sanctions and retaliations. This is considered one of the major factors that led to the changes in the global economy’s growth trend.

Do Ngoc Quynh from BIDV at a recent workshop also put emphasis on the factor when analyzing the world’s economy in 2019, calling this an interesting reality.

According to Quynh, in late 2018 and early 2019, most forecasts said that the US FED would continue raising the prime interest rate many times until the end of 2019. However, contrary to all predictions, the agency has reversed the interest rate policy with decisions on slashing interest rates made recently.

In a recent move, a decision on slashing the ceiling deposit and lending interest rates has just been released. The decision was unexpected, because in general, interest rates always go up in the end of the year when businesses need more capital to implement production and business plans.

More recently, on November 26, the State Bank slashed the lending interest rate in the open market (OMO) from 4.5 percent to 4 percent per annum. The interest rate had stayed firmly for five years until early 2018 when the State Bank made a very slight cut of 0.25 percentage point, followed by cautious adjustments later.

Analysts commented that with the monetary policy Vietnam pursues in 2019, it can establish relative stability. Even when the Chinese yuan depreciates sharply, the Vietnam dong remains stable.

Explaining this, Quynh commented that the exchange rate in Vietnam bears the impact of many factors, including internal factors, and is determined by market structure.

Can the prices of pork destabilize the monetary policy formulated by the central bank in Vietnam?

Remittances to Vietnam projected to reach US$13 billion this year: SBV

The State Bank of Vietnam predicts remittance flows to Vietnam to reach some US$13-14 billion this year, much lower than the previous estimate by the World Bank at US$16.7 billion.