HCM City’s new Mien Dong bus station, the most modern of its kind in Vietnam, has remained deserted after more than five months put into operation. 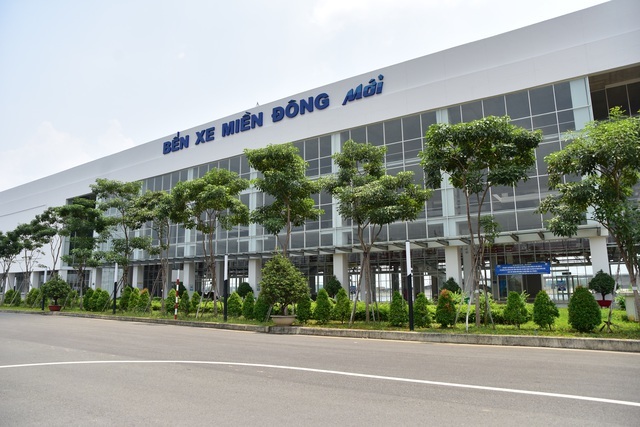 The station which cost VND4 trillion (USD173.91 million), covers 16 hectares stretching into both Thu Duc City in HCM City and part of Di An Town in the neighbouring province of Binh Duong.

The first phase of the project with the VND740-billion investment was put into operation in October last year after four years of construction.

Initially, coaches of 22 routes from the central province of Quang Tri to northern localities were still allowed to pick up passengers at old Mien Dong bus station in Binh Thanh District but they had to come to the new station for departure procedures. This was aimed to help passengers become gradually familiar with the new station.

Since March 13, all of the coaches of these 22 routes have been asked to pick up passengers at the new station. However, since then, the new station has remained deserted.
At ticket counters, screens show trip information but there are almost no passengers. According to a ticket counter staff member, only a few people go there and they don’t buy tickets. They mostly ask for the departure time of coaches as well as phone numbers of the coach operators.

The parking lot at the station is quite large but only a few motorbikes, including those of the station staff are being kept there.

According to some drivers, despite being modern, the new Mien Dong station is located quite far from the city centre which means it’s inconvenient for passengers to use it.

Homes for the elderly: new market

Although the population is aging rapidly, the nursing home market in Vietnam remains under-explored.