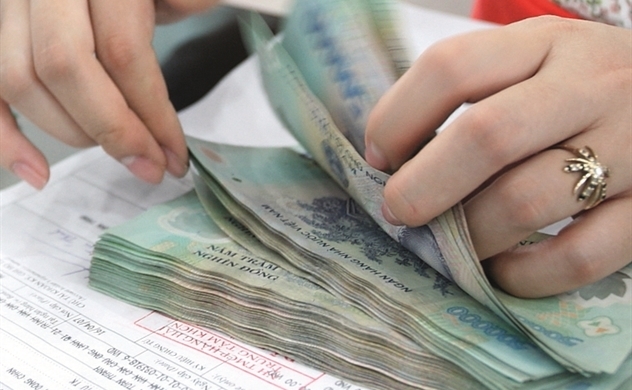 Analysts can see positive aspects in the debt structure. The proportion of domestic debts has increased, accounting for 62.3 percent of the government debt (it was 60.1 percent in 2016), while foreign debt decreased to 37.7 percent (it was 39.9 percent in 2016).

This restricts demand for foreign currencies to pay debts, especially when Vietnam has been relying on imports/exports and FIEs.

IMF said Vietnam’s public debts are not too high if compared with other ASEAN countries.

However, there is a matter of concern – the debts that will mature in 2020-2021. MOF estimates that the government would have to pay VND349 trillion in 2020, including VND287.900 trillion worth of domestic debts and VND61.1 trillion worth of foreign debts.

There are still no detailed figures about 2021, but a government report showed that the principal alone that the government has to pay is VND211 trillion, or 41 percent higher than 2020.

As for government bonds, the government would have to pay VND166 trillion worth of principal with the payment peak time in October.

The figure is expected to be even higher next year, VND204.800 trillion.

The government bonds issued in the domestic market in foreign currencies worth $1.7 billion will mature in 2020 and 2021. The foreign debts are mostly ODA loans and preferential loans from bilateral and multilateral donors.

The MOF’s report about public debt released in late 2019 showed that the biggest creditors of Vietnam are the World Bank (31.8 percent of the government’s total foreign debts), Japan (29.8 percent) and ADB (17.5 percent).

The government has stopped acting as a guarantor for any enterprise to borrow money for the last year. However, the loans guaranteed by the government in the past will be due in some days. Severely hit by the pandemic, enterprises foresee an inability to pay debts.

In mid-May, the national flag air carrier Vietnam Airlines had to pay $800 million to Vietnamese and foreign commercial banks. The money was used to buy aircraft in 2009-2015 and the loan was guaranteed by the government.

According to Vo Huu Hien from MOF, from July 2020, Vietnam will have to pay principal twice as much as previously. Vietnam’s foreign debts are mostly in SDR, JPY, US and EUR currency.

At Sacombank’s annual general meeting held on June 5 its permanent vice chairman Pham Van Phong said that in 2019 the bank’s pre-tax profit increased by 43.2 per cent to VND3.2 trillion (US$137.5 million), which was 21.4 per cent above the target.