Seafood is one of the key economic sectors of Vietnam with export turnover always listed among top 5 key export items (together with electronics, textiles and garments and footwear). 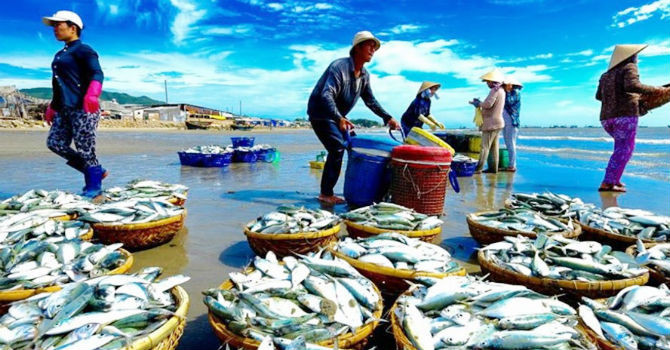 With export turnover of $7-8 billion a year in the last three years and average growth rate of 7-15 percent per annum, it generates 5 million regular jobs.

The EU was once the second biggest, just to the US, export market for Vietnam which consumed over 17 percent of Vietnam’s total export value.

Of this, the fish caught in the sea including tuna, octopus, mackerel and crab had export turnover of $350-400 million a year, or 30 percent of total turnover of seafood exports to the EU.

However, according to the Vietnam Association of Seafood Exporters and Producers (VASEP) two years after receiving the EU’s yellow card against Illegal, Unreported and Unregulated (IUU) fishing, Vietnam’s seafood exports to the market dropped sharply, by 6.5 percent to $390 million in 2018.

In the first eight months of the year, the export value was $251 million, a decrease of 0.3 percent compared with the same period last year. The sharpest decrease was seen in the exports of tuna (6.3 percent), and cattle fish and octopus (13 percent).

All containers of seafood exports from yellow-card bearing countries have to undergo examination in origin. The process lasts about 3-4 weeks for one container, and it is costly, 500 pounds per container.

However, the higher risk is that exports may be refused. The losses for the export of seafood to the EU when bearing yellow card could be up to 10,000 Euros per container.

VASEP warned that the EU may give the red card if Vietnam cannot make improvements within six months after receipt of the yellow card.

According to a representative of Hai Vuong Company in Khanh Hoa province, in the past, before the EU gave the yellow card, export consignments received customs clearance. But now it takes 7-10 days to follow procedures, which increases the export cost.

Ngo Viet Hoai, deputy general director of Baseafood in Ba Ria-Vung Tau, also complained that his company had suffered heavily from the yellow-card warning, because 100 percent of the company’s exports are caught in the sea, not from aquaculture.

Meanwhile, Cao Thi Kim Lan, director of Bidifisco, said that the company had to reduce the proportion of exports to the EU to 40 percent because of the yellow card.

“Previously, we exported $40 million worth of seafood to the EU, but now we export $20-30 million only,” she said, adding that the export costs had increased by 15-20 percent.

Vietnam has carried out comprehensive measures as recommended by the European Commission to remove a “yellow card” warning from the commission on Vietnamese seafood.

Vietnam has carried out comprehensive measures as recommended by the European Commission (EC) to remove a “yellow card” warning from the commission on Vietnamese seafoo.