Poriverse, a Vietnam metaverse game startup, has announced the establishment of a strategic partnership with a branch of Polygon (MATIC), one of the world's leading Blockchain platforms. 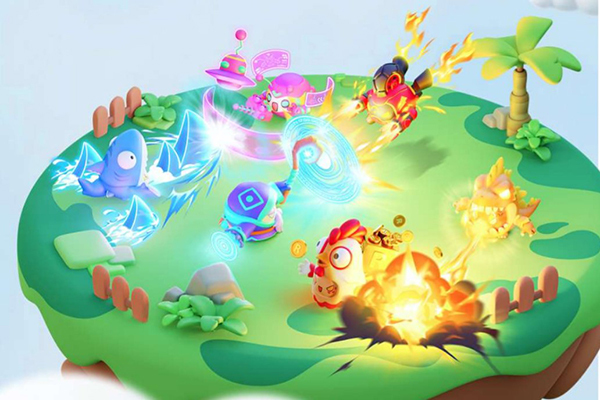 Following the success of Axie Infinity, ‘play to earn’ has been developing rapidly, becoming a growing tendency of the world’s blockchain industry. However, it has posed new challenges for players because it requires increasingly high initial investments.

As the prices of game characters are overly high, new players cannot join the market. And Poriverse has developed new ideas which can settle the problem.

The special feature of Poriverse is that game players can lease or borrow NFTs (non-fungible tokens) to play instead of spending big money to buy tokens like in other games.

Players pay rent for NFTs in accordance with prices negotiated in the ‘market’. However, all revenue created will belong to them. All of this is done under a public and transparent process guaranteed by Blockchain technology.

This allows players to reduce initial expenses, and they can have good NFTs at the beginning which helps increase bonus points. This is the first Blockchain-based game in the world that allows borrowing and lending of NFT.

Poriverse also provides a metaverse of games in which participants can create many different worlds, and design, own and make transactions with other players and developers.

According to Poriverse, the game has mobilized 600,000 USD worth of capital from investors all over the world. It’s expected that the demo version of Poriverse will be introduced later, shortly after IDO (Initial DEX (Decentralized Exchange) offering).

The establishment of a strategic relationship with Polygon Studios is considered a big success because this is an important part of Polygon (the Blockchain platform ranked 16th in the world in terms of capitalization value, $12 billion).

Polygon Studios is focusing on developing blockchain games, NFT and Web 3 through investments and marketing, and support for developers around the world.

With the support of Polygon, Poriverse will have bigger opportunities to develop and reach out to the world market, which some other Vietnam-made games such as Axie Infinity, Bemil and Titan Hunters could also do.

Many Southeast Asians survive through pandemic thanks to Vietnamese games

In some Southeast Asian countries such as the Philippines and Malaysia, many people have had a stable income during the pandemic for two years now, thanks to Vietnamese games.

Many local gaming businesses set up in Singapore instead of Vietnam

According to experts, despite being at the top in the region for online games, many Vietnamese businesses are registered and pay tax in Singapore instead of Vietnam.