Of Southeast Asian countries, three Singaporean schools, one Malaysian, and one Philippine school are among the top 100. 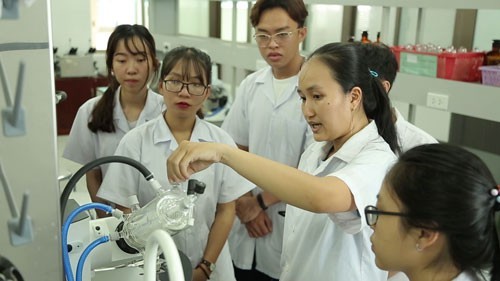 “This shows the higher level of severity of THE Ranking in comparison with QS Ranking. Asian universities have to compete with other universities in the world on the same level ground, not in another ‘playing field’ with less strict rules,” he commented.

THE focuses on achievements universities gain in education, research and technology transfer, with research results being the central issue.

Some educators commented that the 2019 THE Ranking report is not a surprise, because the criteria set by THE Ranking are all challenges for Vietnam’s schools.

“If referring to this criteria, you can see that Vietnam’s universities are weak,” Phong said.

Le Van Ut from Ton Duc Thang University commented that THE is firm would it consider the schools which have fewer than 150 scientific research works published in Scopus journals each year in the last five years.

“Vietnam has no university which can satisfy the requirement in 2013-2017,” Ut said.

Emphasizing that THE is a prestigious ranking, Tan said that it collects materials on its own, not materials provided by universities.

Ut said the majority of Vietnam’s universities in the top 40 have about 100 scientific articles published internationally each year, and if the situation continues, they still will not be able to enter THE Ranking, except for some leading schools.

“Making heavier investment in research in accordance with international standards is the most important way for Vietnam’s universities to appear in the prestigious ranking,” he said.

Two Vietnam’s universities listed in QS top 1,000 schools.The former is in the group of schools ranked in the 701st to 750th category, while the latter was in the 801st-1,000th group.

How do Vietnam’s two schools in the QS ranking fare in research capacity?