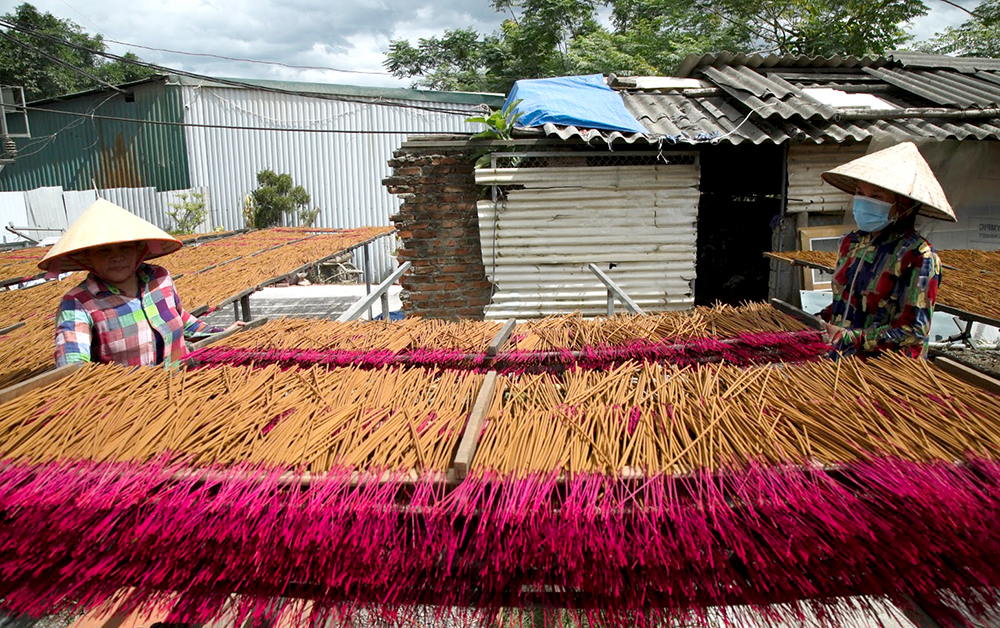 According to local elders, the craft of making incense has been practiced in Quang Phu Cau around 100 years ago. It was first practiced in Phu Luong Thuong hamlet, before being expanded to the remaining hamlets in the commune, including Xa Cau, Quang Nguyem, Phu Luong Ha, Cau Bau and Dao Tu. 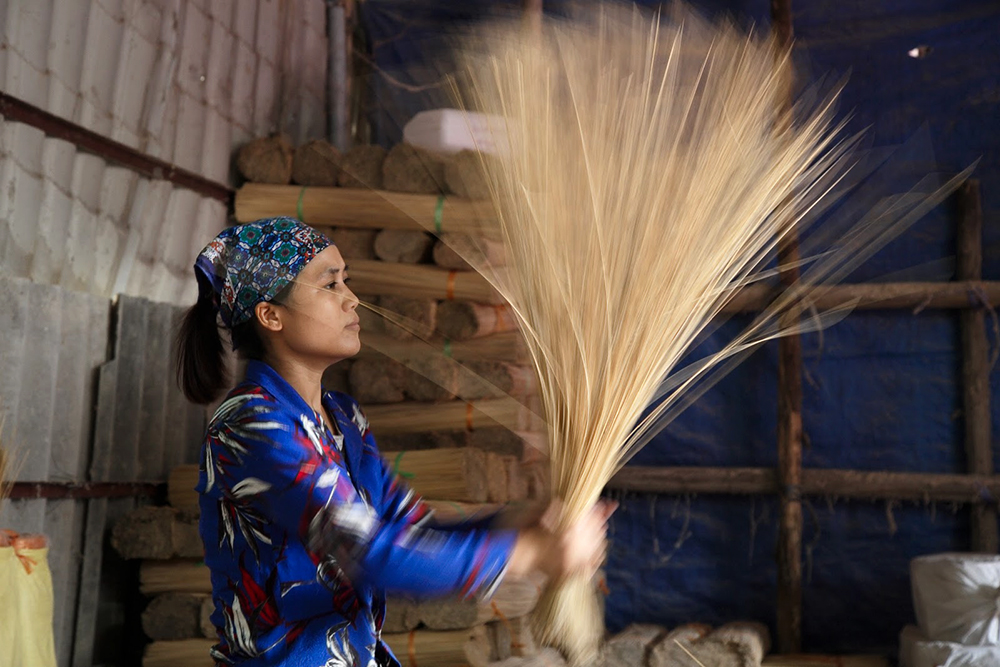 Beginning as a part-time job, the craft now generates incomes to nearly 3,000 households, accounting for around 70% of the total households in the village 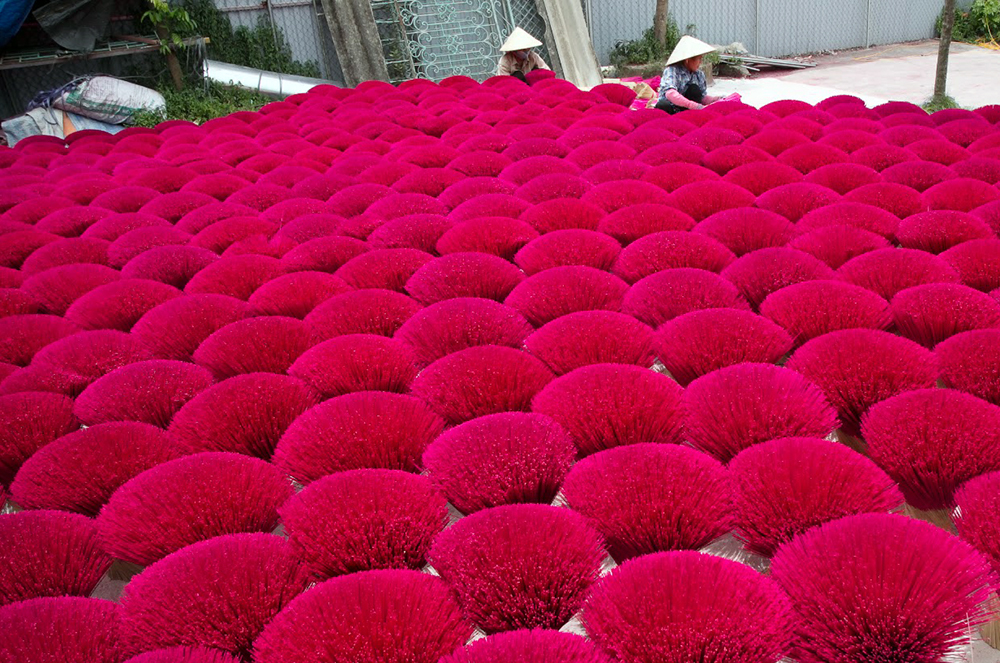 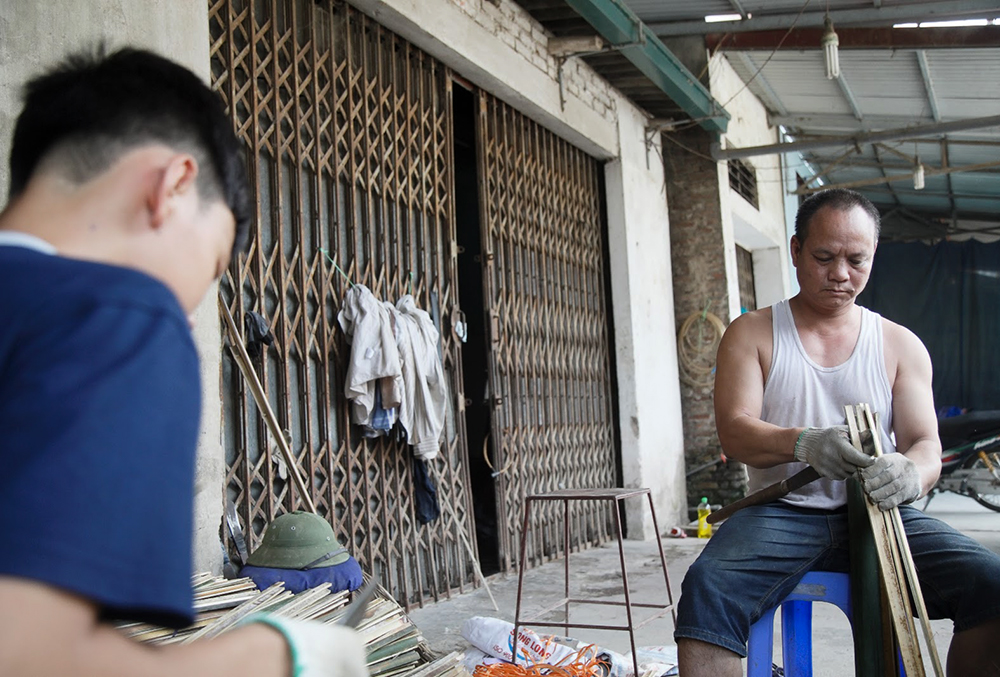 As incense sticks are made from bamboo, Quang Phu Cau villagers consume around 200 tonnes of bamboo a day, which are mostly transported from Bac Kan, Lang Son, Thai Nguyen and Thanh Hoa provinces. 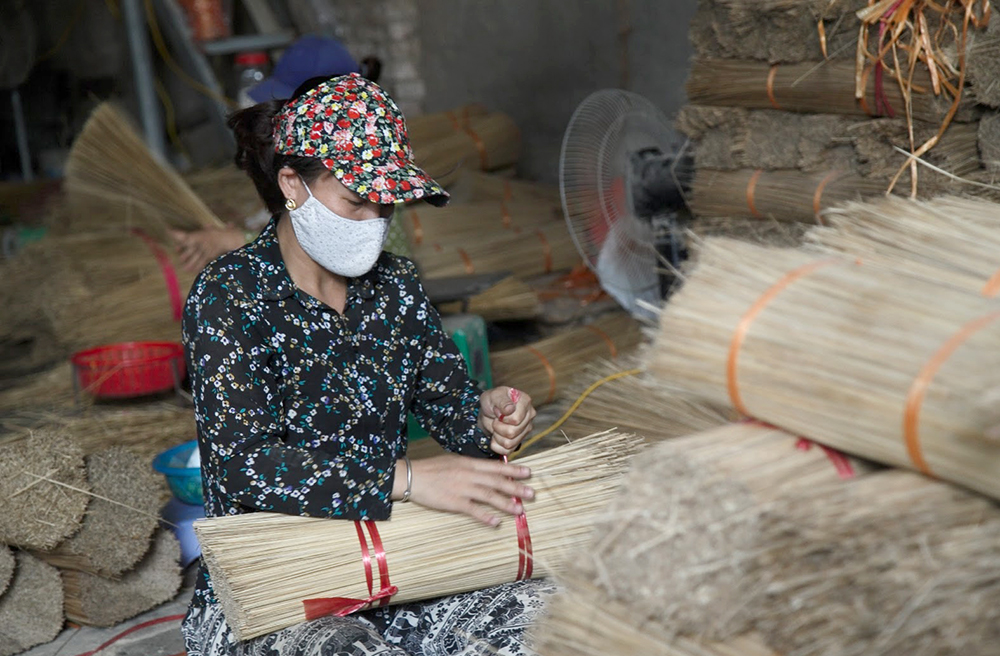 The making of incense sticks include many steps, including chopping bamboo, dipping the sticks in pink dye, letting them dry outdoor, and producing incense paste 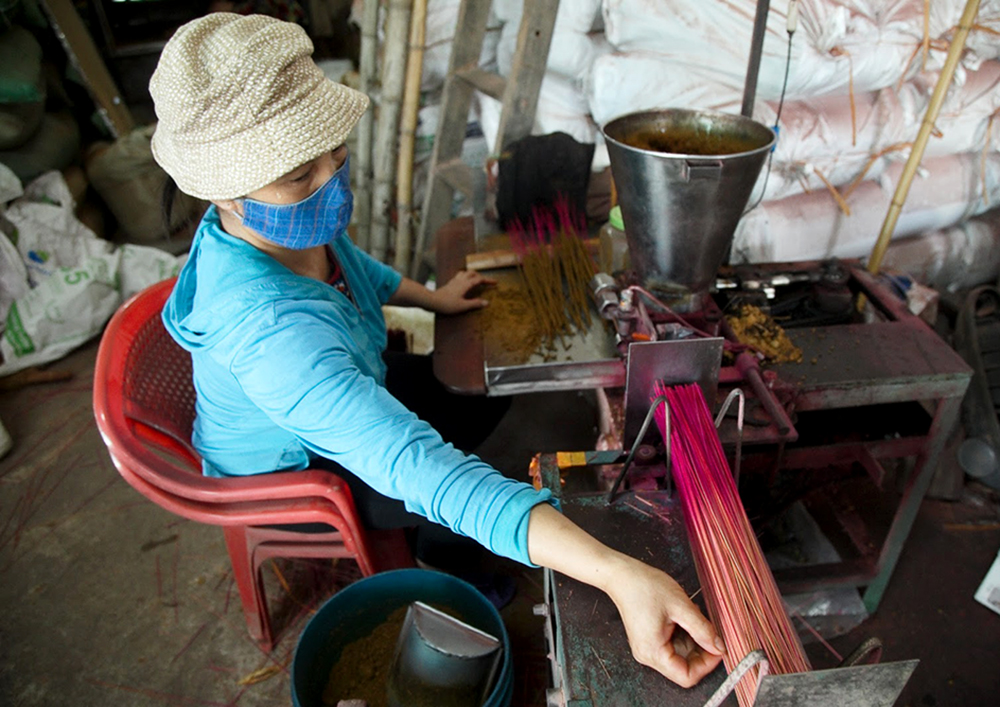 A worker uses a machine to apply incense paste to the bamboo sticks. The process was done manually in the past, but recently many have switched to machines, which help to increase productivity 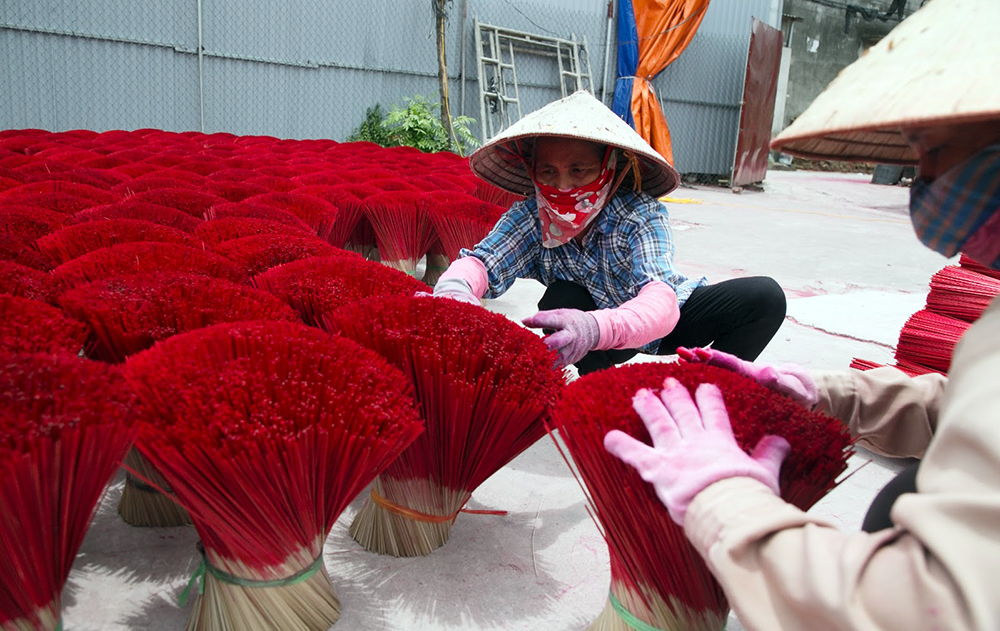 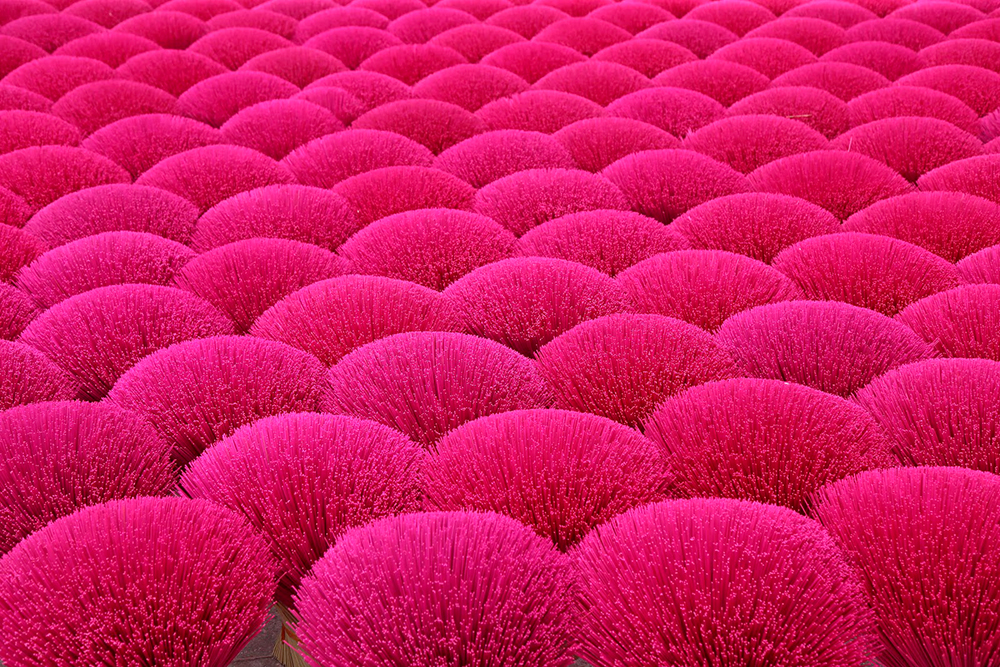 Quang Phu Cau's incense sticks are not only favoured by domestic customers but they are also exported to many foreign markets around the world.