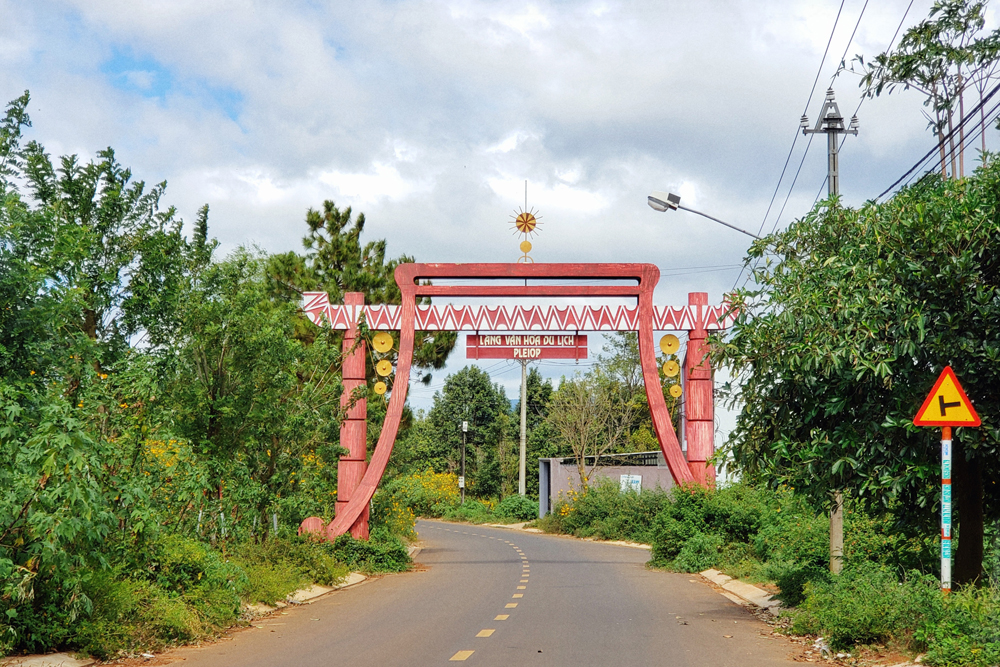 The village’s gate is beautifully adorned to welcome visitors 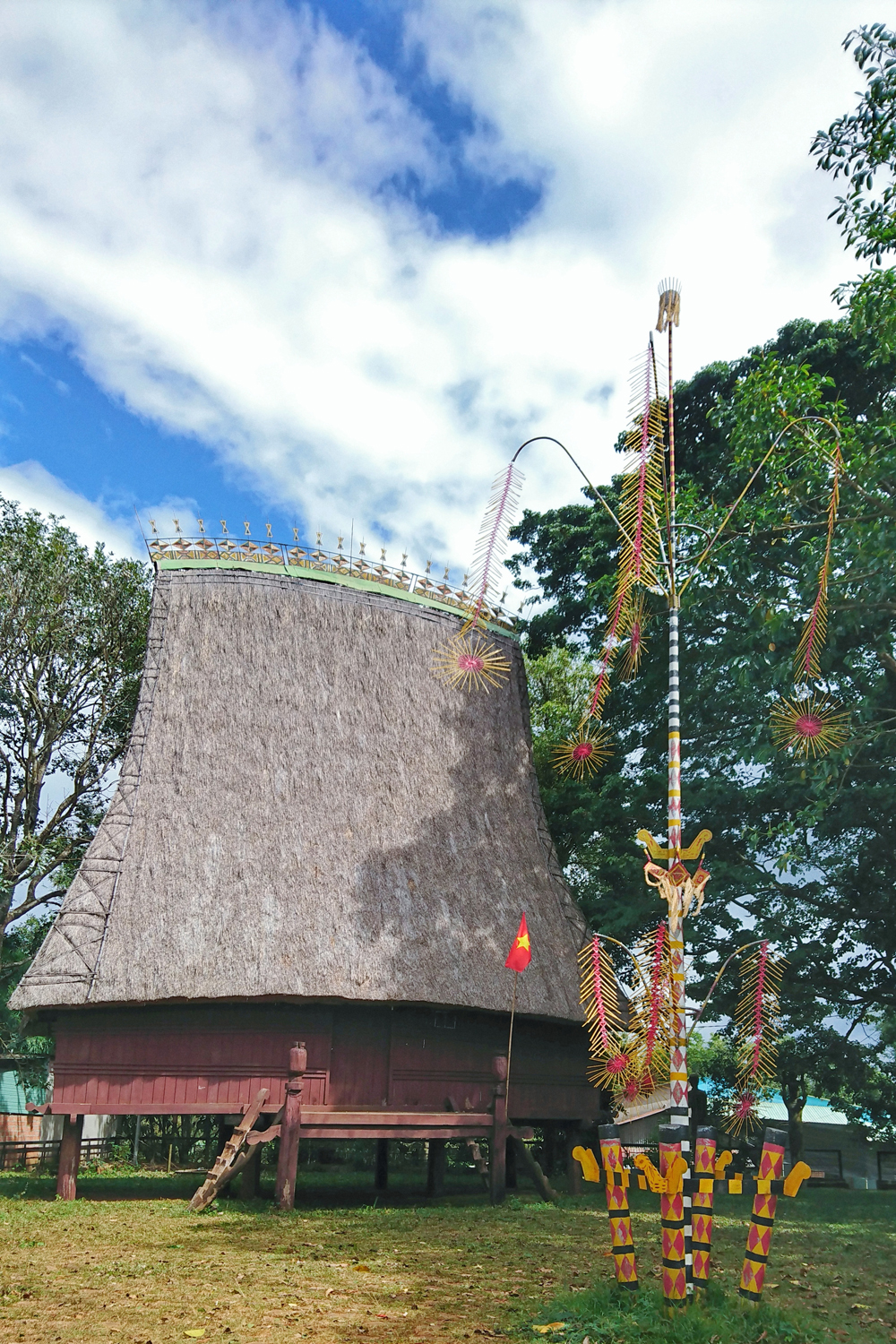 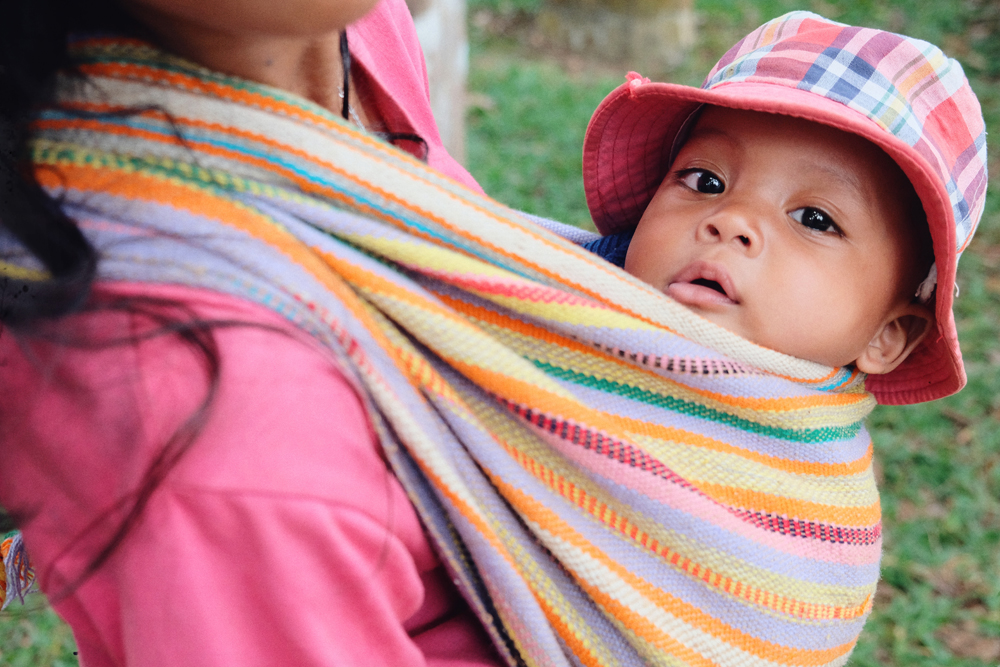 Established in 1927, Plei Op, also known as Op Village, covers a total area of around 182 hectares in downtown Pleiku City. It is home to more than 100 households with over 500 people. 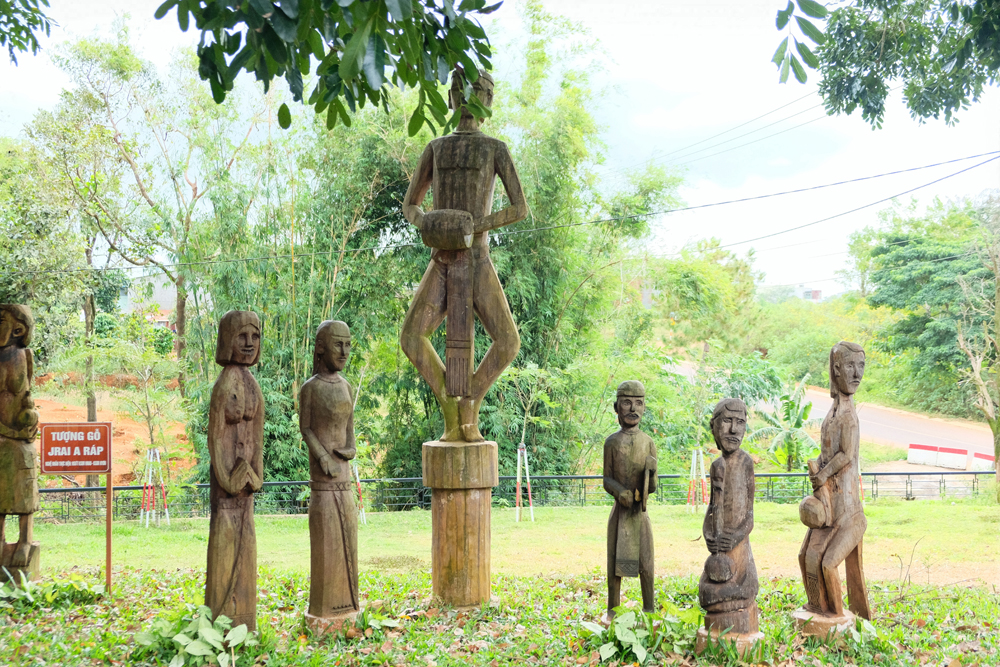 An area was set up on the left side of the yard to display wooden statues of Gia Rai and Ba Na ethnic groups. The artworks were made as the order of the city’s authorities to promote local culture and tourism. 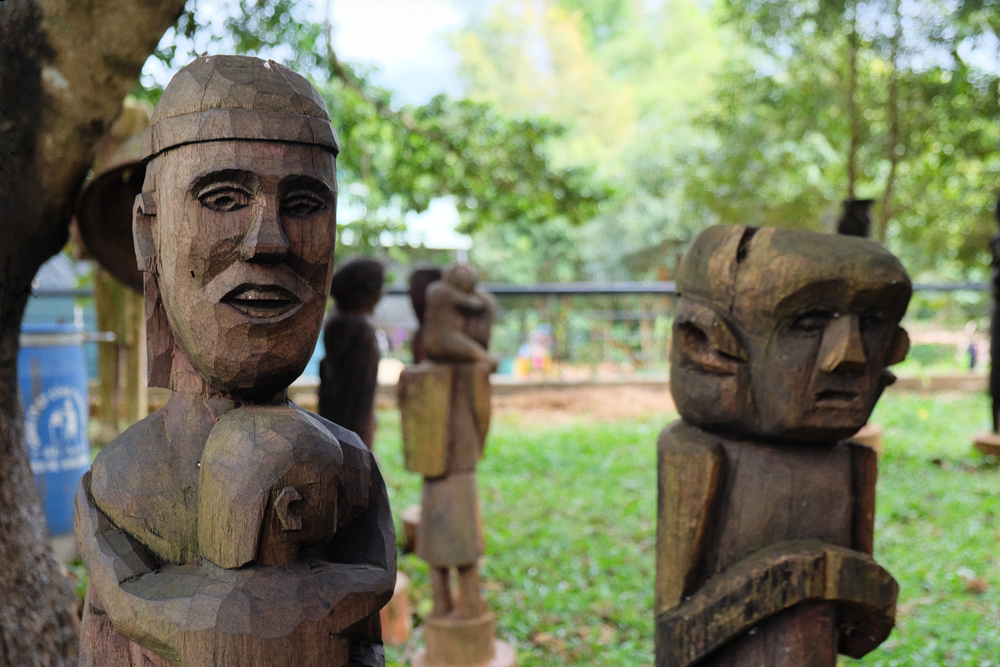 As ethnic people only place wooden statues at the cemetery to represent the afterlife as a tribute to the death, cultural researchers and artisans had to work to change the villagers’ mindset and convince them that this was a unique folk art and cultural practice which need to be promoted to the public. The villagers are also encouraged to produce wooden statues featuring daily practices and joyful themes instead of sadness and life after death.

Those who wants to explore the traditional wooden statues can visit the cemetery, which is located at the end of the village. 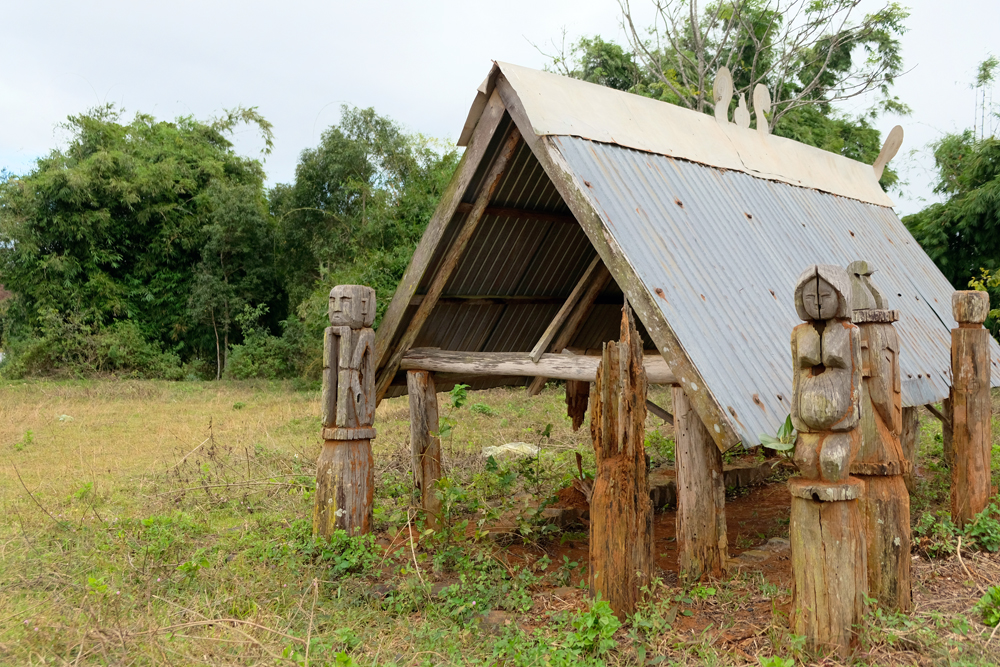 The grave statues often depict people with a sad face, resting their chin on their hands, holding their head or crossing their arms. 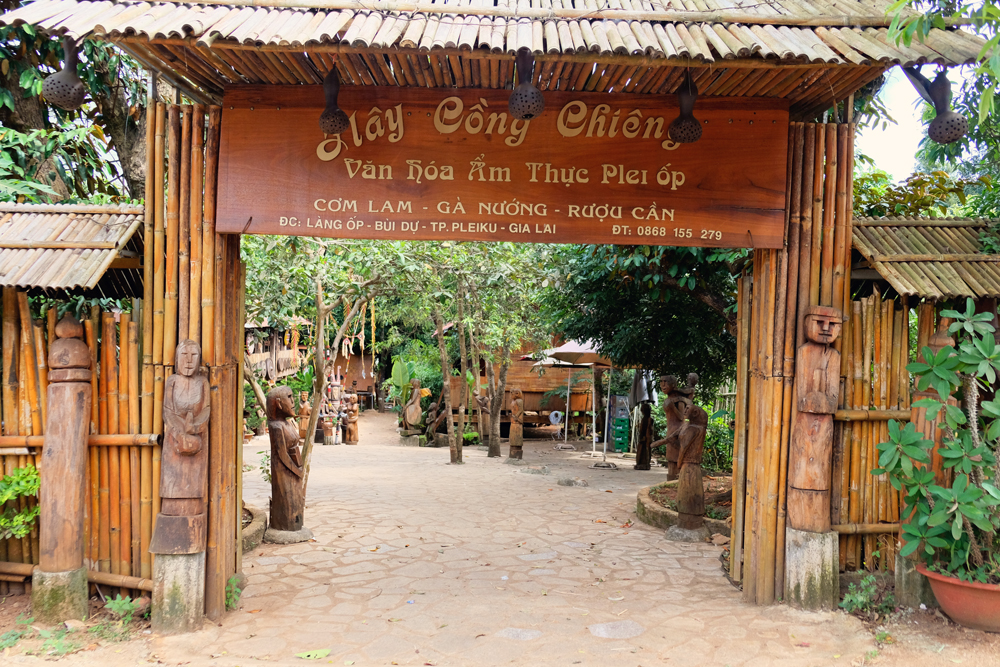 In addition to explore culture and festivals, visitors to the village are also treated with traditional dishes made by locals. 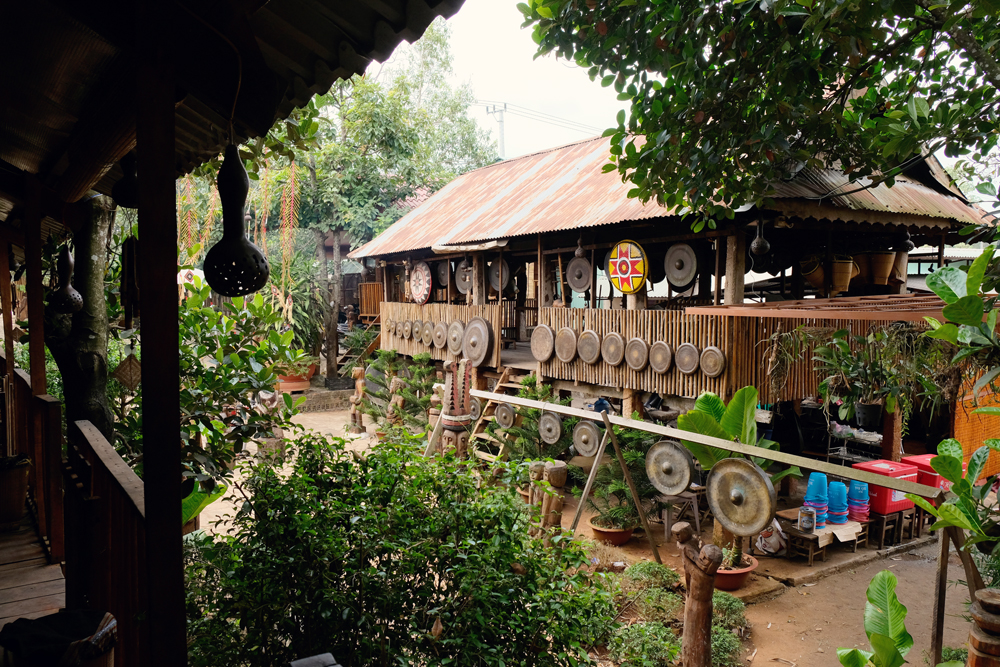 There are three operating restaurants in Op Village, serving tourists with indigenous cuisine of Central Highlanders. 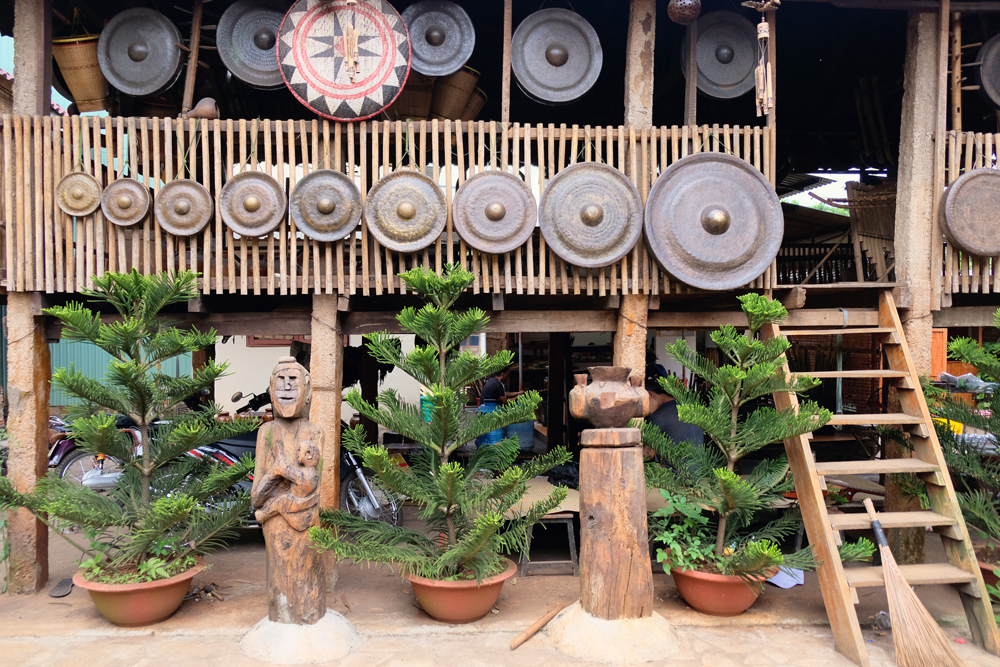 One of them is the Cong Chieng (Gong) Plei restaurant, which is decorated as a typical living space of Gia Rai ethnic people. 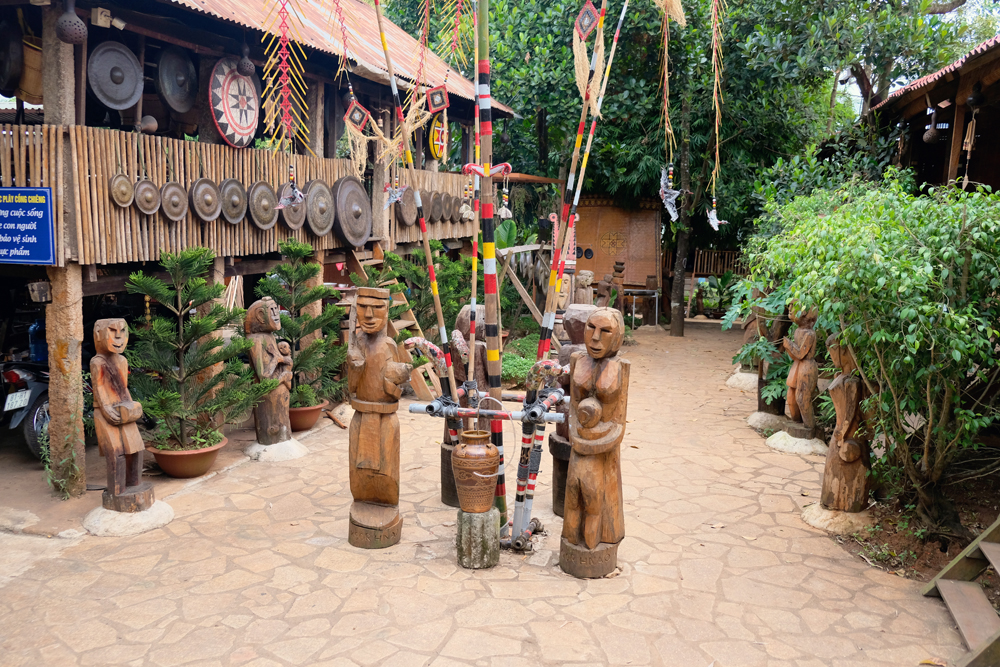 Many wooden statues are placed around the restaurant. 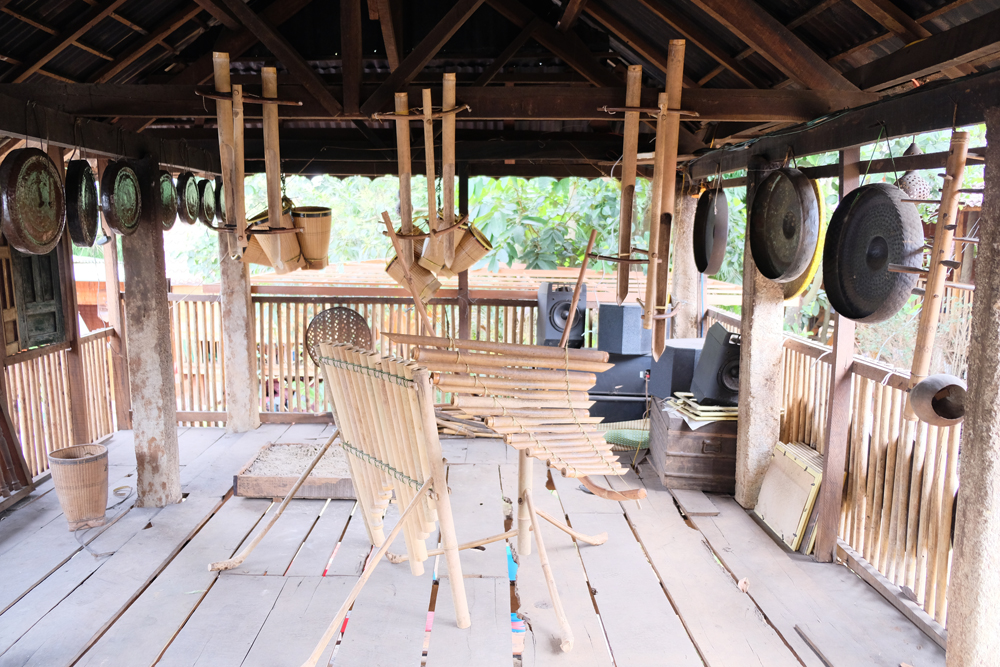 Many traditional musical instruments and labour tools are displayed inside the restaurant. At weekend, restaurant goers can enjoy traditional gong performances and folk dances delivered by the village’s art troupes. 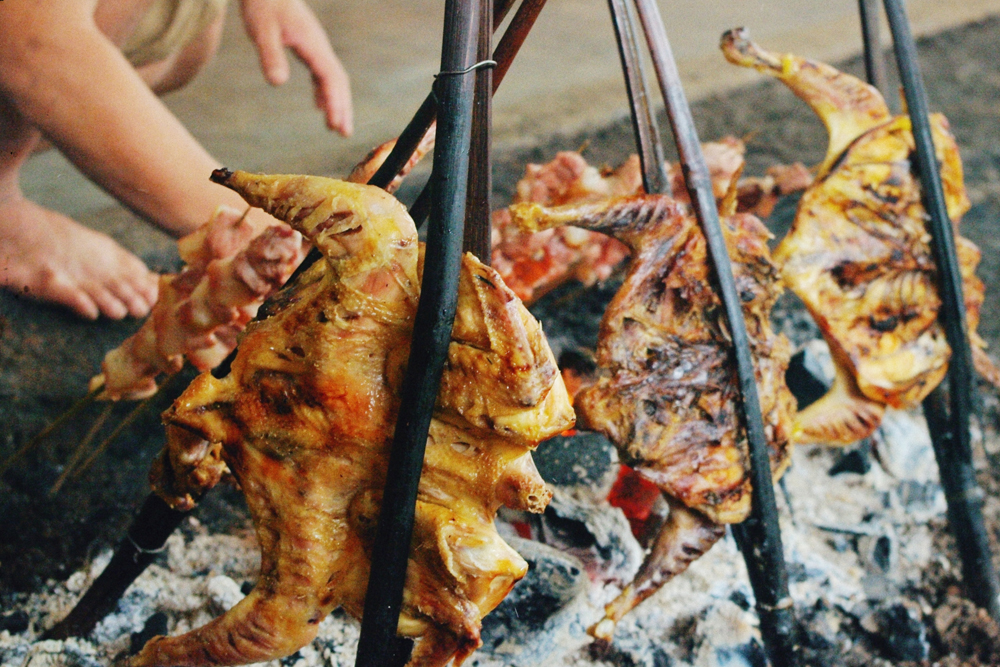 One of the signature dishes of the restaurant is grilled chicken served with rice, which is cooked in a bamboo-tube. 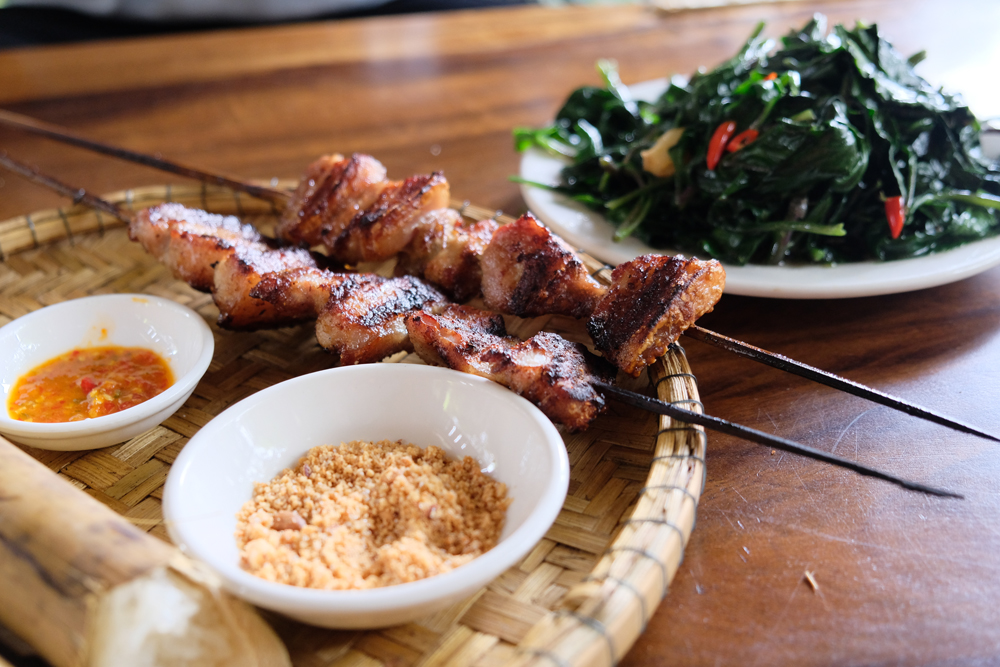 Restaurant goers should not miss out on other dishes such as grilled pork skewers, indigenous vegetable, dried beef, and chicken soup cook with ‘giang’ leaves.

Visitors to Pleiku City in the Central Highlands province of Gia Lai will often hear about the popular dish bún mắm cua (rice vermicelli soup with crab sauce), but many do not dare to try it because of the pungent odour.