Minister of Finance Dinh Tien Dung, in his report to the National Assembly, mentioned the safety of public debt. 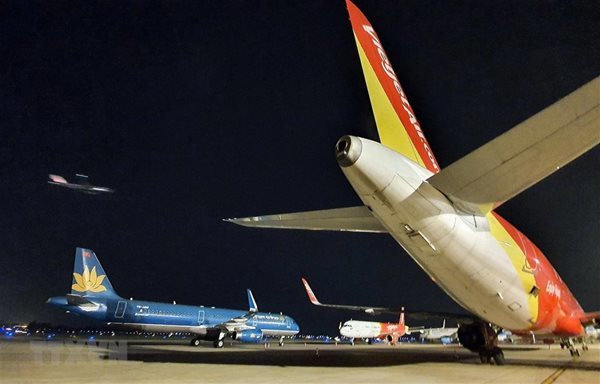 It is expected that public debt will be at 52.3 percent of GDP, within the safety line. However, the Covid-19 epidemic is believed to have impact on all business fields, thus bringing risks to the macroeconomy and finance. The epidemic has increased pressure on budget deficit targets and public debt.

For the last 1.5 years, the government has stopped acting as a guarantor for enterprises in business fields. However, much of the debt guaranteed by the government in the past was due to be paid in 2020. Because of the epidemic, many enterprises cannot pay debts.

The debts of Vietnam Airlines, where the state holds 86.19 percent of shares, are among these. It announced that debt repayment would be on time at the annual shareholders’ meeting, but then the Covid-19 epidemic broke out.

Vietnam Airlines’ Q1 business plan showed that its post-tax profit was minus VND2.589 trillion and the revenue was 43.9 percent lower than planned.

If the epidemic lasts until the end of June, total revenue would decrease by VND50 trillion and there would be a loss of VND15-16 trillion this year.

The business loss because of the epidemic has caused the airline to suffer from serious cash flow imbalance. The short-term debt rescheduling and payment extension would only be helpful in the short term. If the market continues to bear adverse impacts from the epidemic and international flights still cannot be reopened, Vietnam Airlines would not have money to operate, pay bank debts and make payment to partners.

Vietjet is facing the same problems. The private airline took a loss of VND989 billion in Q1 and the cash flow from business activities was minus VND2.027 trillion.

Bamboo Airways, which has just joined the aviation market with modest market share, is also meeting financial problems because of high fixed costs in the first phase of operation.

According to Thoi Bao Kinh Te Sai Gon, because of the cash flow imbalance caused by the epidemic, many loans in the past, due in 2020, to upgrade the fleets, may become unpayable for Vietnam Airlines.

The airline will have to pay $800 million worth of debts to Vietnamese and foreign banks in mid-May. The amount of money was borrowed to buy aircraft in 2009-2015 under the government’s guarantee. Only if the government applies urgent measures to save airlines, including Vietnam Airlines, will creditors consider extending payments for the big loans.