VND92 trillion is the amount of money that four state-owned banks, or the ‘big four’, have paid to the state budget since 2014.

This included VND60 trillion worth of corporate income tax and VND32 trillion in dividends, paid in cash. 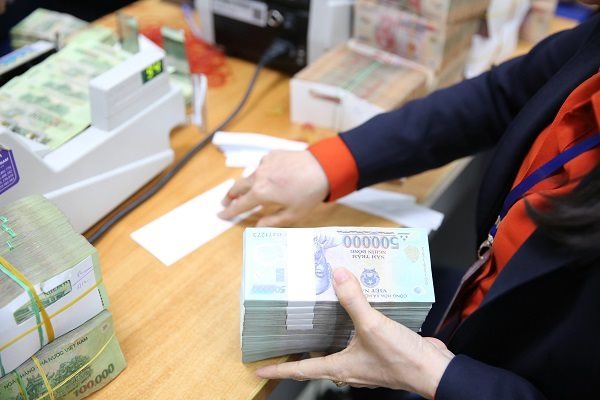 For a long time, the Ministry of Finance (MOF), as the representative of the major shareholder, the state, rejected plans by commercial banks to pay dividends in shares to increase their charter capital.

Agribank, a 100 percent state-owned bank, now has the lowest charter capital among the big four, even lower than that of Techcombank, which is a joint stock bank.

The state has not poured more capital into Agribank for many years. If Agribank cannot complete equitization this year, and if the charter capital remains unchanged, it will be outstripped by many joint stock banks in terms of charter capital.

BIDV and Vietcombank have been increasing their charter capital mostly thanks to the sale of shares to foreign investors. BIDV in a very short time of 2019 began applying Basel II standards.

As for VietinBank, the bank is under pressure as its capital adequacy ratio (CAR) may become lower than the 8 percent level stipulated in Circular 41. In 2019, Vietcombank’s credit grew by 15.88 percent, BIDV’s 12.4 percent, while Vietinbank’s ratio was 7 percent only.

What awaits banks in 2020? First of all, the government has agreed in principle to raise charter capital for the state-owned banks. This would be implemented thanks to sale of shares to foreign investors, and the post-tax profits banks can retain (banks don’t have to transfer the profits to the state).

Thoi Bao Kinh Te Sai Gon quoted a senior executive of Agribank as saying that the bank may have VND4 trillion to raise its chartered capital. The amount of money will come from the profit the bank made in 2019.

BIDV is seeking permission to retain the surplus from the share sale to KEB Hana Bank from South Korea to raise its charter capital. It is highly possible that it will get the nod for the plan.

Meanwhile, the capital increase for Agribank must be submitted to the National Assembly because the state is still the only shareholder. The bank will not receive dong from the state budget to raise capital.

Under the banking sector development plan by 2025, the state will lower its ownership ratio in the big four to 51 percent.