Many banks have adjusted business plans and set lower business targets as businesses, or bank clients, have been hit hard by Covid-19.

Commercial banks have reported record high profits for many consecutive years. However, this may stop this year because of the pandemic. Lending has been growing very slowly and lower profits are anticipated. 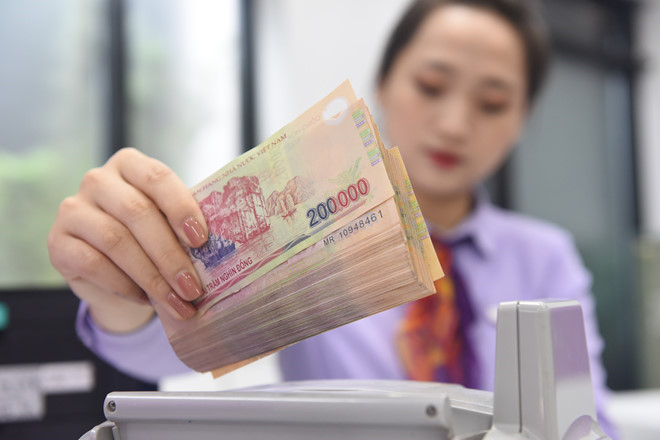 The figure about credit shows that enterprises are meeting difficulties, which have forced them to scale down production and business, thus leading to sharp fall in credit demand.

Many banks said that they would have to adjust business plans. Some of them are still considering the adjustment, because the business targets will only be submitted to shareholders’ meetings in June because of Covid-19. Meanwhile, some banks have made calculations and accepted minus growth rates for this year.

Nam A Bank has revealed business targets for 2020, though the annual shareholders’ meeting has not been organized. The bank predicted that outstanding loans would increase by 21.4 percent, but the combined pre-tax profit would be VND800 billion only, a decrease of 13.47 percent compared with 2019.

The other business targets of the bank include an increase of 22.51 percent in total assets, 34.56 percent in number of credit cards issued, and low bad debt ratio of under 3 percent.

The shareholders’ meeting of the bank was initially scheduled to take place on March 28, but it has been delayed because of the epidemic.

BIDV, one of the ‘big four’, planned to obtain combined pre-tax profit of VND12.5 trillion this year if the epidemic ended in March.

A senior executive of the bank said with the current conditions, the bank would have to adjust the business plan. In the first two months of 2020, the capital mobilized by the bank decreased by 1.6 percent, while outstanding loans decreased by 2 percent.

In early March, the State Bank of Vietnam (SBV) registered to provide VND285 trillion worth of preferential loans at interest rates 0.5-1.5 percent lower than market interest rates to help businesses overcome the epidemic.

SBV’s Credit Department said the preferential credit package may become larger, depending on banks’ capabilities. Vietcombank is considering providing VND120 trillion worth of preferential loans instead of VND78 trillion as initially planned.

Because of the complex movements of Covid-19, banks have drawn up backup plans for credit growth and bad debt management.