VP Bank on July 30 announced business results in the first half of the year with total pre-tax profit of VND4.343 trillion. It reported the credit growth rate and capital mobilization growth rate of 11.1 percent and 14.4 percent, respectively. 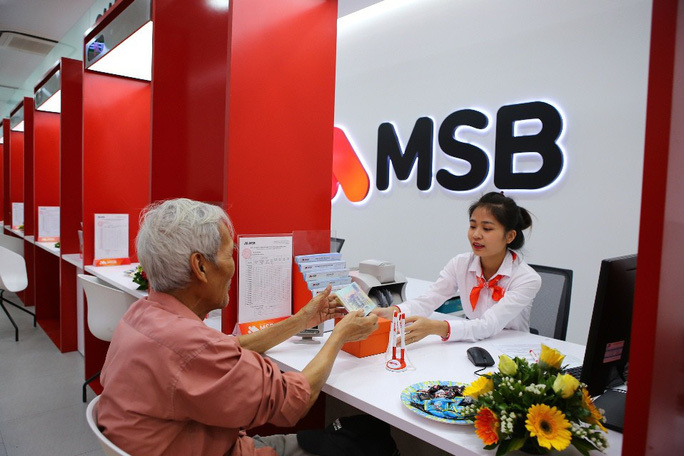 Income from net interest remains the major source of income of the bank in the first six months of the year, at VND14.451 trillion with the great contribution from its strategic business fields – retail banking, consumer credit and lending to small and medium enterprises.

VP Bank is one of a few banks that received approval from the State Bank for the compliance of Circular 41 on applying Basel II. This permitted the credit growth rate ceiling to be raised from 12 percent to 16 percent.

The bank had an icrease of 19 percent in income from service fee, mostly thanks to the high growth rate from banc assurance and bond consultancy, while the provision has decreased significantly.

Techcombank’s CEO Nguyen Le Quoc Anh revealed that digital banks havr seen impressive growth which prompted the bank to continue making investments in the field, helping change the habit of use of cash.

LienViet Post Bank has also listed its name among banks with trillions of dong worth of profit in H1. Its finance report showed that the pre-tax profit was VND1.116 trillion, equal to 181 percent of that of the same period last year.

Meanwhile, Military Bank reported a sharp increase of 192 percent in before-tax profit compared with the same period last year to VND567billion. The increase is attributed to an increase in net interest income and service fee collection, of which the former brought VND1.177 trillion.

MSB has received the State Bank’s approval on applying Circular 41 on the capital adequacy ratio in accordance with Basel II. The bank is following necessary procedures to list its shares on the bourse by the end of 2019.

Vietcombank remains the bank with the fattest profit in H2 among banks which have made public their finance reports.

In Q2, the bank reported income of VND16.709 trillion and pre-tax profit of VND5.425 trillion, an increase of VND2 trillion compared with Q2 2018. Its post-tax profit was VND4.364 trillion, the highest quarterly profit level so far.