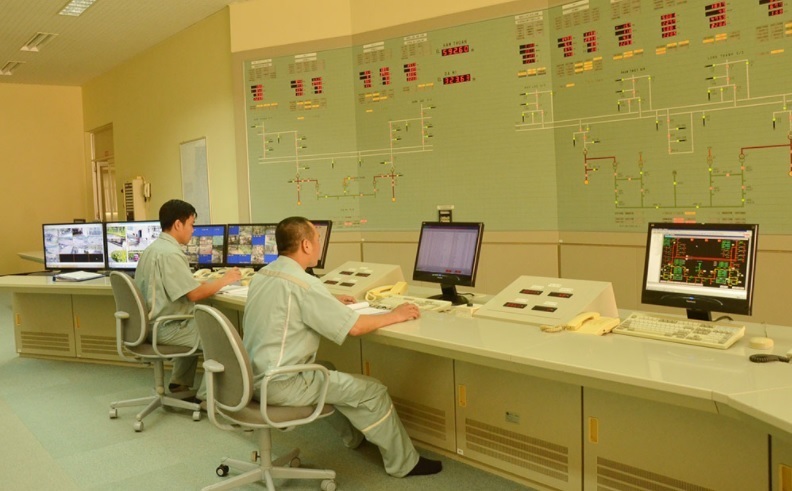 The 4.0 industrial revolution means the digitization of traditional manufacturing and production methods

At the Hoa Phat Hai Duong Steel Complex, the technological solution of recalling heat from the coking process and blast furnaces producing gas can help save VND800 billion a year.

The complex plans to set up more items in 2021 to make the best use of the heat and gas produced during the steel refining process, raising the total electricity generation capacity to 110 MW, which allows 100 percent electricity support for production.

The yearly savings on fuel thanks to the heat and emission recovery solution at Hoa Phat’s steel complexes are estimated at VND4 trillion from 2021.

Setting up a xproduction headquarters in Dung Quat Export Processing Zone in Quang Ngai province, Hoa Phat Group has turned a project abandoned by foreign investor for decades into a leading steel manufacturing complex in Vietnam.

At the Dung Quat Steel Complex, two buildings are used for the automatic steel analysis center and the physico-mechanical property testing center, valued at over VND100 billion.

This is the most modern sampling system in the world today with the entire process of taking, processing, analyzing samples and giving results implemented automatically. It takes no more than 2 minutes and 30 seconds to get test results for steel samples.

In 2012, the company decided to build an OCC (operations control center) which runs power plants from a distance. With OCC, it needs just 2-3 workers for each duty shift instead of tens of workers as previously applied.

OCC is a system that connects information systems, serving as a digital thread that connects separate data. It is used as an integration center with many functions to manage all the plants belonging to DHD.

A representative of EVNGenco1 said DHD is considering applying AI and Data Mining algorithms with the forecasting and warning capability based on the big data that OCC has.

At Ban Ve Hydropower Plant, the application of 4.0 technologies is believed to be the shortest way to make a breakthrough and improve production capacity.

The plant is implementing a lot of projects using high technologies, including an online electricity generation unit monitoring system; an alerting system which gives data about accidents with messages; and a bar code-based material and equipment management system. It is also utilizing AI and Big Data to build a system to forecast the water flow to hydropower reservoirs.

Use high tech or lag behind

According to the Ministry of Investment and Trade (MOIT), the 4.0 industrial revolution means the digitization of traditional manufacturing and production methods.

In the past, only some stages of the production process were automated with IT application. But now, automation is carried out in a much larger scale than what was seen in 1970s, the early days of the third industrial revolution.

The 2019 Vietnam Industry White Book summarizes the global trends on digital transformation. Total digital transformation takes place when everything is connected with the Internet thanks to the combination of operational technology (OT) with information technology (IT), creating a virtual space that is a copy of the real world, and a completely new model of production and consumption.

If a country has not developed OT, it cannot create a lot of opportunities and large environments to put IT into application. Thus, both OT and IT need to be developed in the context of the 4.0 revolution, especially in developing countries where OT is still not diverse as it is in developed countries.

Vietnamese enterprises for many decades have been described as using outdated technologies. The remarks have been repeated through years in government agency reports.

However, enterprises in recent years have been more aware of the importance of high technology use in production. If they continue to apply old technologies, the plan of entering the world market will be just a dream. Only when using high technology will Vietnam’s products have the opportunity to "compete equally" in quality with foreign products.