Savico, one of the largest Vietnamese automobile retailers with 10 percent of market share in 2019, had VND3.15 trillion worth of revenue in the first three months of the year, a sharp fall of 25 percent from Q1 2019. 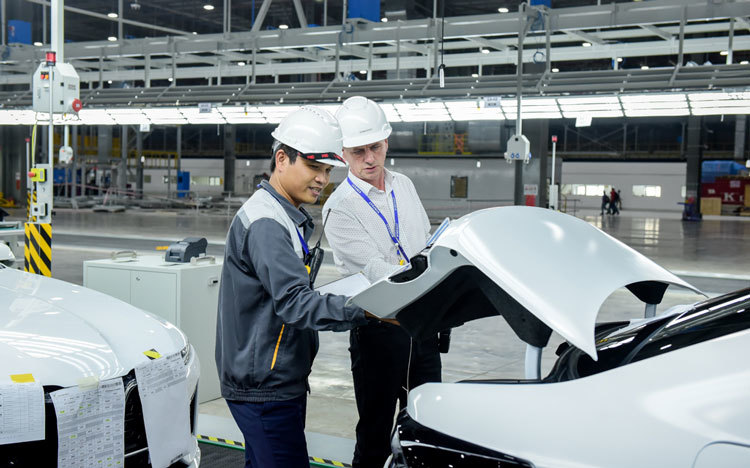 The number of domestically assembled automobiles also dropped by 38 percent compared with March to 7,400, while the number of imported products was 4,361, down by 40 percent.

From the beginning of the year to the end of April, VAMA’s members sold 60,825 products, down by 36 percent. Of these, the sales of cars dropped by 37 percent, while the sales of commercial vehicles by 30 percent and specialized vehicles 36 percent.

Toyota Motor Vietnam in April sold 2,803 products, down by 33 percent compared with April 2019. The decrease of 13 percent has been reproted for cars (Vios, Corolla, Camry, Yaris and Wigo), and a sharp decrease of 50 percent for commercial vehicles (Fortuner, Innova, Rush, Hilux, Land Cruiser, Avanza and Hiace).

A representative of Toyota admitted the sharp decrease in sales since the beginning of the year. Prior to that, in March 2020, Toyota could sell 5,143 products only, down by 44 percent compared with March 2019. The figures were 4,842 and 3,923 for Ferbruary and January, respectively.

Meanwhile, the Ministry of Industry and Trade (MOIT) reported that the domestic automobile output in the first four months of the year decreased by 24 percent compared with the same period last year to 61,400 products.

The slow car sales were attributed to the low demand in Covid-19. Meanwhile, some manufacturers, including Toyota, Ford, Honda, VinFast and Hyundai Thanh Cong had to suspend their operation in March.

Pham Van Dung, CEO of Ford Vietnam, said the sales in April were ‘nearly frozen’ and the situation would continue in the months to come, though the social distancing policy has eased. People will prioritize to spend money on essential goods rather than cars.