A report on the 2016 national forest status released in May 2017 showed that the forested area in the Central Highlands totalled 2,558,446 hectares, including 2,234,440 hectares of natural forests. 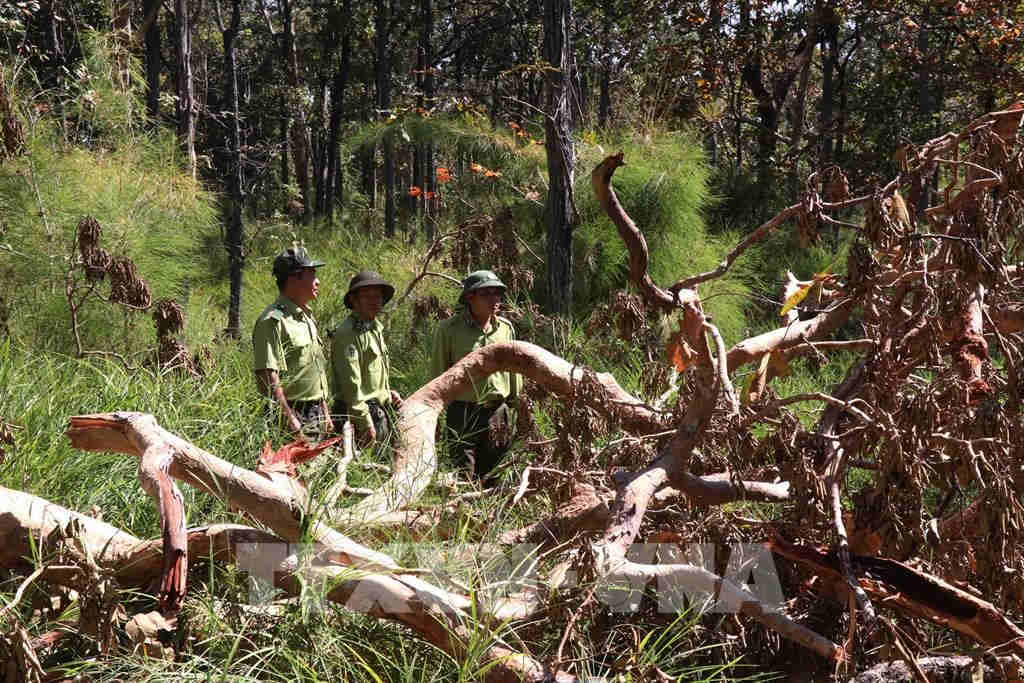 As such, though the Central Highlands provinces have closed natural forests in accordance with the Prime Minister’s decision, more and more natural forests have been lost.

The forest area has especially decreased in some provinces such as Dak Lak and Dak Nong.

According to the Forest Rangers’ Unit Region 4, the natural forest area in Dak Lak province in 2019 decreased by 11,251 hectares compared with 2018.

In Dak Nong province, the natural forest area in 2019 decreased by 7,156 hectares with the sharpest decreases seen in the districts of Dak Glong (5,681 hectares), Krong No (465 hectares) and Dak Song (461 hectares).

The forest area reduction is attributed to illegal deforestation, forest fires, changes in forest use purposes, and other purposes (errors in stocktaking).

From early 2020 to May 25, 2020, Kon Tum province discovered 193 deforestation cases with the total amount of 666 cubic meters of timber. The damaged forest area was over 20 hectares.

In May 2020 alone, 43 deforestation cases were discovered, an increase of 12 cases compared with the same period last year.

Forest law violations mostly occurred in the ‘hotspots’ which have been famous for deforestation for many years – Dak Glei, Dak To and Kon Plong.

The same is seen in the provinces of Gia Lai and Lam Dong. Ignoring the Prime Minister’s decision on forest closure, illegal loggers still penetrate into closed forests to chop down trees because they can get big money from deforestation.

Most recently, the public has been stirred up by the news that fokienia trees, hundreds of years old, were chopped down in Krong Bong district of Dak Lak province.

Sub-zone 1219, under the management of Krong Bong Forestry Company in Krong Bong district is the ‘metropolis’ of fokienia trees.

Having rugged terrain and located in a disadvantageous position, over 1,600 meters above the sea water level, the area has been witnessing many serious forest destruction cases in recent years: 48 fokienia trees were felled in October 2018; 24 in February 2019; nine in December 2019; 14 in February 2020 and 19 Fokienia trees in April 2020.

Police in Dak Lak Province are investigating the forest destruction problem in the area.