Modern Vietnamese who have high income are increasingly shopping online for cosmetics brands.

Next week, the young business of Vu Duy Quang will make debut, introducing cosmetics products made of natural and organic materials. Just joining the industry, Quang said he decided to choose organic products because it is trendy. 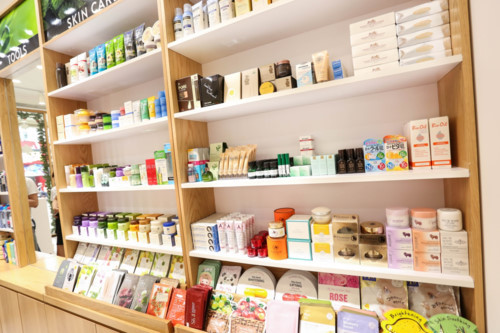 “We use materials from coconut and rice. We have a farm which provides organic materials which allows us to control the material supply and cut the production cost,” he said.

“There are many foreign organic material suppliers, but the materials are too expensive,” said Quang, director of Gene World, explaining why he developed a farm of his own. “We only import materials which cannot be made domestically. ”

Vietnamese cosmetics brands can be divided into two groups. The first comprises ong lasting brands such as Thorakao and Lana. They are well known to Vietnamese, but have not rejuvenated their brands.

The second one comprises brands established recently. They are believed to have a bright future if they can exploit the online sale environment.

Small and medium cosmetics firms, to build their brands, can sell online where customers who want to buy products will learn about their origin. It would be better to focus on building customer’s confidence rather than on developing direct retail chains, according to Patrick.

Drugstores in Vietnam offering beauty priducts have been expanding their networks. Arriving in Vietnam in 2001, Medicare now has 85 shops and continues to seek new suppliers. Guardian came to Vietnam 10 years later, and now has 90 shops already. Earlier this year, the market received Watson, a drugstorechain from Hong Kong.

Also according to Q&Me, the number of people buying cosmetics online has been increasing rapidly with 57 percent of cosmetics users buying products online and 72 percent buying via social networks.

The Vietnamese cosmetics market has grown strongly in recent years given the rapid economic growth and large young population, the Viet Nam Association of Essential Oils, Aromatherapy and Cosmetics has said.