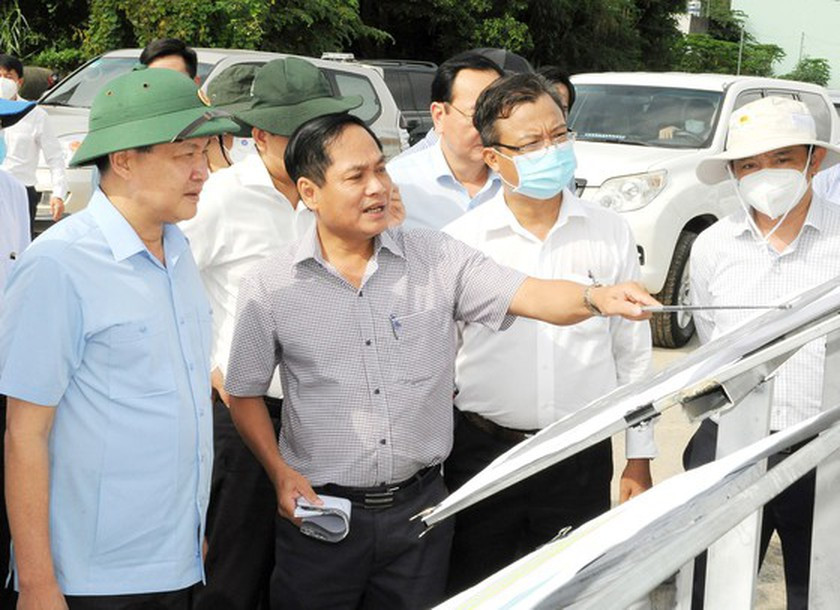 Deputy Prime Minister Le Minh Khai (first on the left) is investigating the construction site of Provincial Road No.910 in Can Tho City. (Photo: SGGP)

Since the middle of this May, 6 task forces of the Government have carried out the Prime Minister’s Decision No.548/QD-TTg, issued on May 2, 2022, to accelerate the disbursement process by working with related ministries and localities to address current issues.

In the Central region, the construction project for Cam Lo – La Son Expressway is the first part of the mega North-South Expressway project – the Eastern side from 2017 – 2021. This 98-kilometer-long project, with the total investment of VND7,700 billion (US$332.3 million), passes the provinces of Quang Tri and Thua Thien-Hue. Starting in September 2019, it was expected to finish at the end of 2021, but was behind schedule due to a lack of 800,000 cubic meters of land resources, construction material price rise, and the Covid-19 pandemic lately. It is extended until September 2022, so workers are speeding up their tasks now.

The Transport Ministry reported that the land compensation step in the first stage of the mega North-South Expressway project has finished. However, some technical infrastructure has not been fully moved. The total expense for construction until now has reached VND20,087 billion ($867 million), accounting for 35.4 percent of the contract value, and 0.7 percent later than the planned one. The disbursement volume for the four projects to be completed this year is 53.4 percent of the contract value, which is 2.6 percent later than expected.

In the Southern region, the 21-kilometer coastal road project from Rach Gia City to Hon Dat District of Kien Giang Province has the total investment of VND600 billion ($26 million), and is planned to complete two years after its commencement date of January 2020. Since the construction work is rather slow now, there is a high chance that it is behind schedule. In April 2022, the disbursement for this project only accounts for 4 percent of its allocation of VND200 billion ($8.6 million).

Meanwhile, the Can Tho Oncology Hospital construction project, using the ODA capital of €56.9 million from the Hungarian Government and reciprocal capital of Can Tho City, only reaches 82 percent of the total construction volume. The framework agreement between the two governments will end on July 11, 2022 but the project has not been completed yet due to certain issues; therefore, Can Tho City has proposed a loan agreement extension from 3.5 years to 6.5 years.

Report No.4257/BTC-DT by the Finance Ministry reveals that the estimated disbursement rate of public investment until the end of May 2022 was at 22.37 percent of the Prime Minister’s plan. Only 5 ministries and 17 localities have their rate at over 30 percent. This rate of 41/51 ministries and 21/63 localities is under 20 percent. 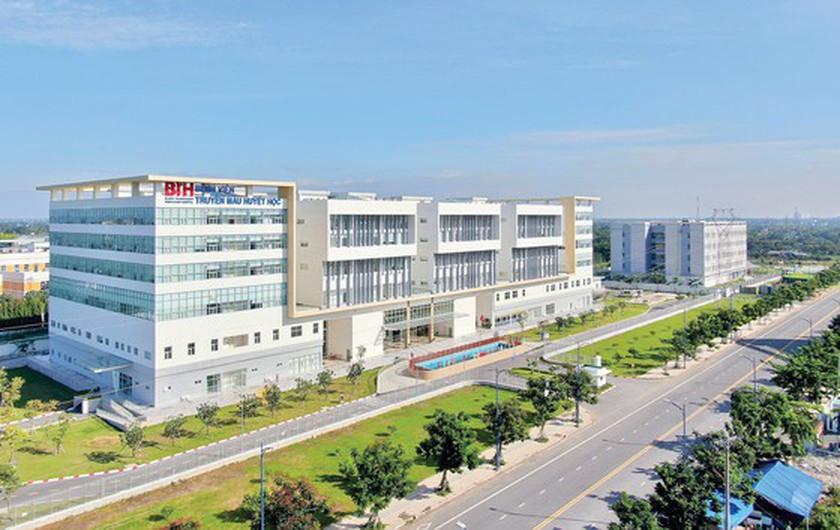 Blood Transfusion and Hematology Hospital No.2 is one of the projects of HCMC that were implemented from public investment. (Photo: SGGP)

The Ministry of Planning and Investment (MPI) identifies the main reason for this status as problems in capital allocation. For example, nearly VND5,000 billion ($216 million) of the Transport Ministry and VND1,000 billion ($43.2 million) of the Health Ministry have not been approved owing to trouble in investment decision or procedures.

Particularly, the Education and Training Ministry stated that its managed projects are slow because of low-quality preparation for project documents. The Ministry of Culture, Sports, and Tourism encountered lateness in state budget allocation. The Ministry of Labor, Was Invalids, and Social Affairs said that the tardiness in its ODA projects is due to complications in administrative procedures. The Construction Ministry reported problems in its organizational structure, making it hard for projects to receive consultation or proper monitoring.

Standing Deputy Prime Minister Pham Binh Minh asked that within their power, the local authorities must actively review and transfer capital between projects as long as these actions comply with the public investment law. When there are inadequacies, they should report to the Planning and Investment Ministry for nationwide law adjustment.

Meanwhile, the localities proposed to be given more power to accelerate late projects. For instance, it now takes too much time to submit a request to the Central Government for land use purpose change from rice or forest growing.

1. As to the unallocated central budget of the 12 ministries, central organizations, and 6 localities, the Government is suggested to assign MPI to send a writing request to the above units for a detailed roadmap to review their managed projects and to urgently finish investment procedures for the 2022 disbursement plan. Regarding the local budgets, the Government is suggested to assign the Government Office to prepare a public telegram to request these localities to quickly allocate the 2022 budget to key programs, projects for economic recovery and sustainable socio-economic growth. Chairmen of the People’s Committees of districts and cities are responsible for tardiness in capital allocation.

2. Leaders of ministries, central and local agencies must consider public investment disbursement as one of the main political missions in 2022 in order to actively address any possible issues related to land and resources.

3. Task forces should be established to examine and tackle problems in key projects of 2022 for quicker public investment disbursement and completion, creating motivations for sustainable development.

4. Administrative reform related to investment procedures (state budget expense control, document handling for project approval, foreign sponsors’ capital withdrawal applications) must be boosted via the use of IT.