Local sportswear manufacturer Dong Luc Group and Vietnam Professional Football Company, the manager of V-League, signed an agreement on ball provision for the football tournaments in 2016-17. 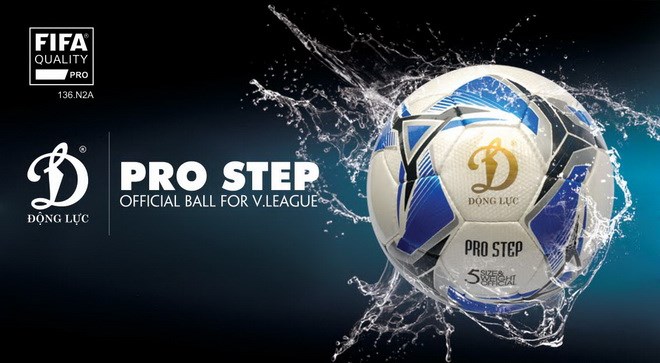 The group’s director of marketing, Huong Tra, said on March 23 that the two-year sponsorship deal is worth 10 billion VND (444,000 USD).

“We will provide balls for the top-flight football championship, V-League, the National Cup and the First Division in 2016-17,” Tra said after the signing ceremony in HCM City.

“All balls are accrediated as the FIFA Quality Pro, and start to be used from the fifth round of the championships,” she added.

Troubles between VPF and Dong Luc occurred as the football championship began last month when VPF decided to use balls produced by Grand Sport of Thailand.

However, negotiations were resumed and Dong Luc persuaded VPF to win as the official ball provider to the national football championships in two years.

The Vietnamese sportgear producer has been a major sponsor for Vietnamese athletes in regional and world sport events, including the Southeast Asian Games, Asian Games and Olympics as well as ball provider for major football championships over the last decade.