Phung Quang Thang, deputy chair of the Vietnam Travel Association, said the industry’s growth hit a record high in December 2019 and then tumbled in January 2020, and has fallen into crisis since then. 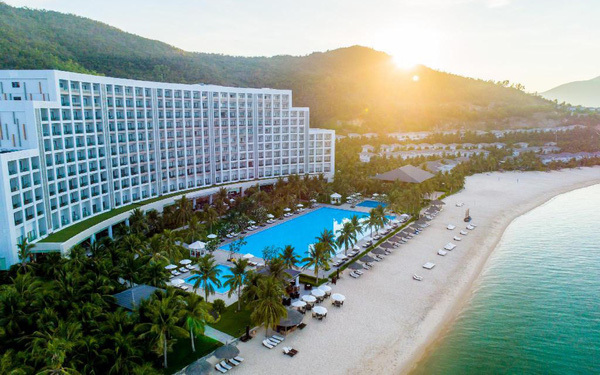 Travellers have cancelled tours, airline bookings and tour services. The loss to the tourism industry is estimated at tens of trillion of dong.

The Vietnam National Administration of Tourism (VNAT) several days ago organized a conference discussing solutions to cope with Covid-19. The participants were optimistic about recovery after the crisis.

The markets that have cancelled tours the most are China and Northeast Asia countries such as Hong Kong, Macau, Japan and South Korea (70-80 percent).

Do Xuan Quang, deputy CEO of Vietjet Air, said while the air carrier has to stop all flights to China since February 1 as requested, it is moving ahead to open new air routes to attract passengers from potential markets such as India.

Vice president of Vingroup Le Khac Hiep said Vingroup wants to share difficulties with clients. It will reimburse most of the costs, or delay the service bookings of partners and travellers affected by the epidemic.

Vingroup’s accommodation facilities are ready to serve tourists who have to stay in Vietnam because of cancelled flights.

A representative of Sun Group said domestic clients account for 60 percent of total clients, therefore, the impact of the epidemic on the real estate firm is not too severe.

However, the group is planning to join forces with airlines to launch tourism products in sale promotion programs for the domestic market in March. Demand is expected to return quickly once the epidemic is controlled, he said.

Tran Trong Kien, chair of the Tourism Advisory Board (TAB) said the market of international travelers will need more time to recover than the domestic market. He suggested creating demand stimulus programs for all international markets and new programs when the conditions become favorable. Western Europe and North America will be priority markets.

Vietnam Airlines’ profit predicted to drop due to COVID-19 outbreak

The profit of Vietnam Airlines Corporation will be strongly affected by the spread of COVID-19 in countries around the world, according to the preliminary report of the Committee for Management of State Capital at Enterprises (CMSC).

Enterprises in the transport sector have suffered the most from the epidemic.