VN regrets its cooperation with Indonesia in coal project

VietNamNet Bridge – The decision on “selling” the coal mine to an Indonesian investor 15 years ago has blundered the coal mining industry.

VietNamNet Bridge – The decision on “selling” the coal mine to an Indonesian investor 15 years ago has blundered the coal mining industry. 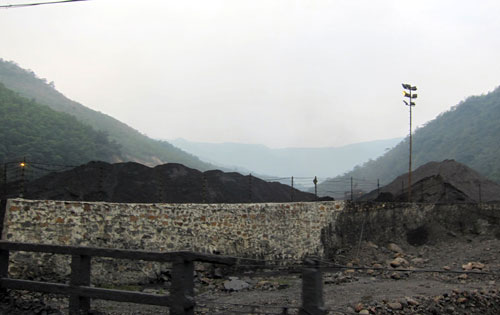 In late 2013, the Ministry of Industry and Trade sent a dispatch to the Prime Minister, asking to allow Vietmindo Energitama- Indonesia (Vietmindo) to export 310,303 tons of coal more in 2013 and 2014, in addition to the amount of coal it exports every year

Explaining this, the ministry said that 310,303 tons of coal has left for many years as the exceeded output. Vietmindo exploited more coal than allowed for which it was punished.

And now the ministry believes that it would be better to allow Vietmindo to export the inventory volume to help it overcome the current economic difficulties and fulfill the contracts it signed before with the partners.

Vietmindo has become the co-owner of the Uong Thuong – Dong Vong coal mine in Uong Bi City of Quang Ninh province since 1991. This is the only foreign investor who can set foot in the Vietnamese coal exploitation industry.

The other co-owner is the Uong Bi Coal Company, a subsidiary of the Vietnam Coal and Mineral lndustries Group (Vinacomin).

The government of Vietnam, for the last many years, has been pursuing a policy on gradually cutting down the coal exports before it stops exporting coal by 2015.

Anticipating the coal supply shortage, Vietnam plans to begin importing coal from 2015. It is expected that it would have to import 40 million tons by 2025.

As such, Vietnam sold its coal mine to an Indonesian investor, now plans to allow the enterprise to export coal in large quantities, and then will have to import coal from Indonesia.

According to the Ministry of Planning and Investment, MOIT should persuade Vietmindo to export 500,000 tons only, while the remaining would be domestically consumed.

The bitterness of the coal industry

In fact, the Indonesian investor, for the last two years, has been repeatedly asking to increase the exploitation capacity and increase the exports, arguing that Vietnam cannot impose a limit on its yearly export volume.

Economists say the decision to cooperate with the Indonesian investor is really a blunder because it has made the coal industry taste the “bitterness.”

Under the business contract signed in 1991, which lasts 30 years, Vietmindo gets 90 percent of the total coal to be exploited, while the Uong Bi Coal Company only gets the other 10 percent.

Over the last 15 years, Vietmindo has been many times breaking the contract. It exploited more coal than allowed in the last many years. In 2011, for example, the exploited output exceeded the capacity by 94.62 percent.