Dung said many patented products cannot reach the market, even though businesses are thirsty for technological solutions to improve productivity. 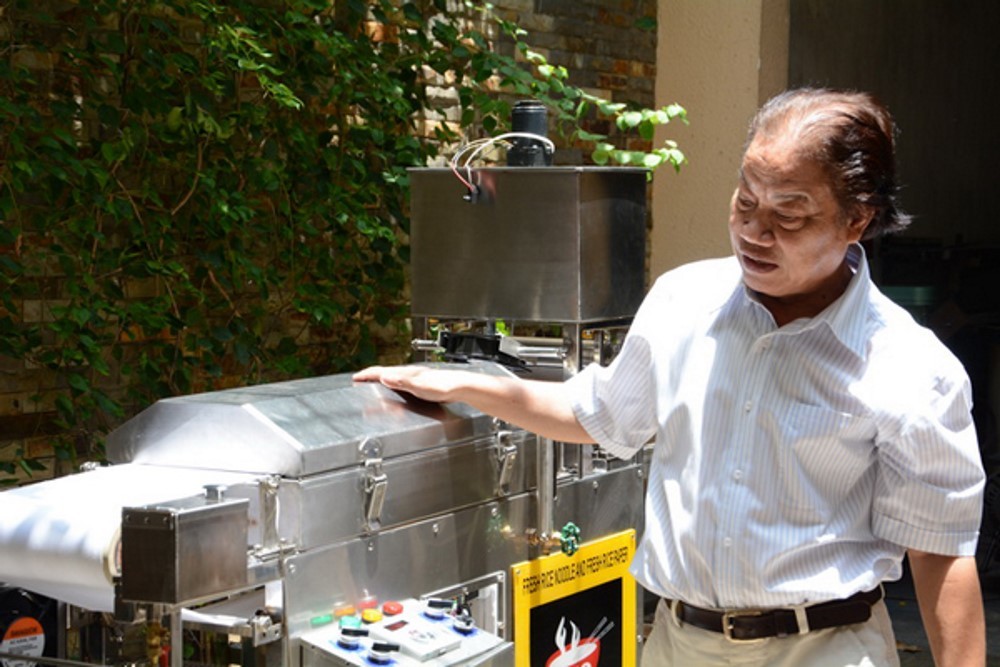 In 2019, Vietnam for the first time saw the number of applications for patents exceeding 1,100, an increase of 42 percent compared with the same period of the year before.

Analysts say that the figures show the significant improvement of the commercialization of inventions at universities in Vietnam.

His first product - equipment and process of steaming cashew nuts by saturated steam - was implemented in 2002. The invention avoids cashew nut loss during the production and improves productivity.

More than 95 percent of plants in Vietnam are currently using the technology. The invention brought him the first patent one year later.

In 2005, he invented equipment that makes fresh rice noodles to replace the manual production method. The equipment increases productivity while ensuring high quality and food hygiene.

In 2007, the first machine which integrates all the links of the rice noodle production process was officially introduced.

Most recently, equipment for making rice vermicelli invented by Son won a second prize at the 2020 HCM City Invention Award. The technology has been transferred to nine enterprises.

Son said there are now more favorable conditions for scientists and students to research and develop products. However, it is still difficult to commercialize inventions.

One of the reasons is that universities now focus on training, but they don’t cooperate with businesses to commercialize their research works and inventions. As a result, many patented works are 'put in mothballs' or just used in teaching.

Dung said that many researchers give up the research halfway because they don’t have enough money and patience to continue the research and bring their products into life.

In many cases, scientists and businesses cannot reach agreement about prices.

“Researchers refuse to sell their inventions because they think they can sell later for better prices. However, products will become outdated after 10-15 years,” Dung said.

Vietnam’s enterprises are mostly small (90 percent of them have capital of less than VND10 billion) and do not pay appropriate attention to technology renovation.

When he was a student at university, Hoang Trung Hieu had eight scientific journals presented at international conferences.

The VinAI Research Institute, a member of the Vingroup Group, has had three research works accepted at the International Conference on Machine Learning (ICML) 2020, the Nhan Dan newspaper reported.